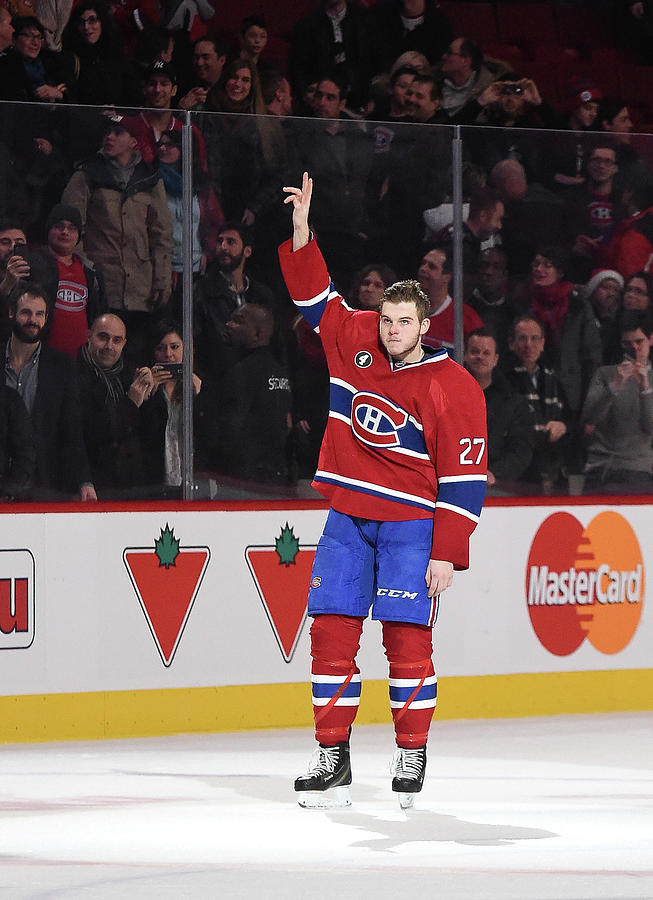 MONTREAL, QC - DECEMBER 16: Alex Galchenyuk #27 of the Montreal Canadiens greets the fans after his first NHL hat trick and being chosen the 1st star of the game against the Carolina Hurricanes in the NHL game at the Bell Centre on December 16, 2014 in Montreal, Quebec, Canada. (Photo by Francois Lacasse/NHLI via Getty Images)