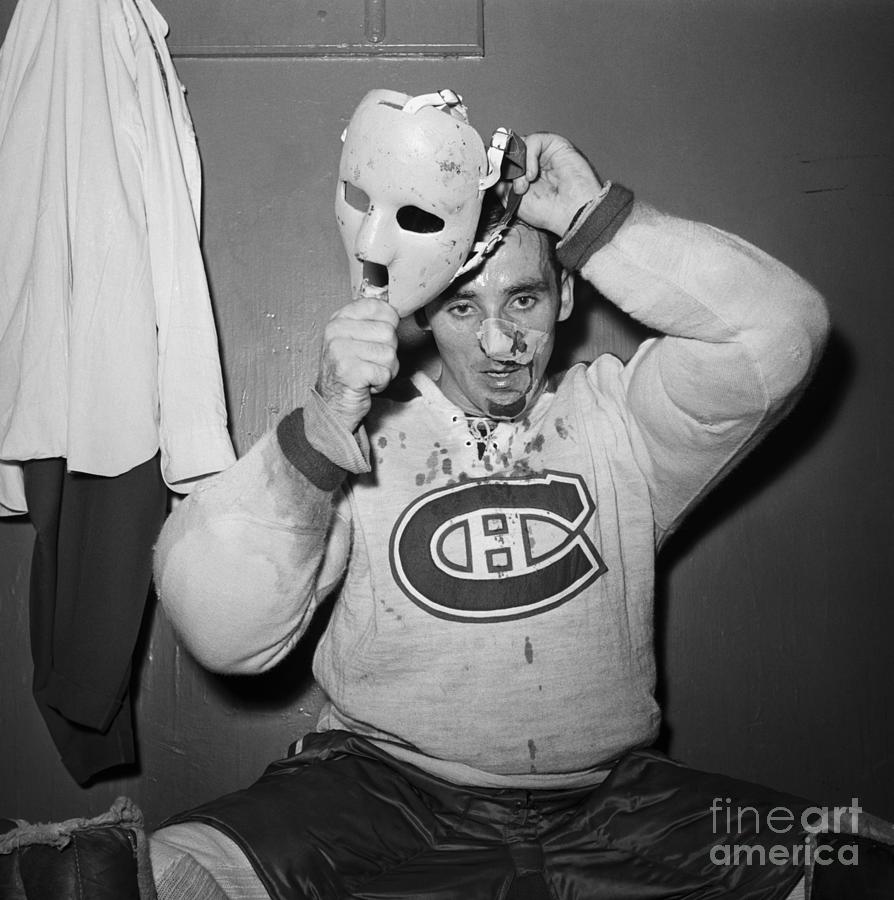 (Original Caption) 11/1/1959-New York, NY- His face and shirt bloodied, Montreal Canadiens goalie Jacques Plante puts on a special plastic mask after being treated for a facial cut received in the opening period of the Rangers-Canadiens hockey game. Plante suffered a severe gash on the left side of his face when he was struck by a shot off the stick of Andy Bathgate of the New York Rangers. After donning the mask, which he had designed himself, Plante returned to the game.