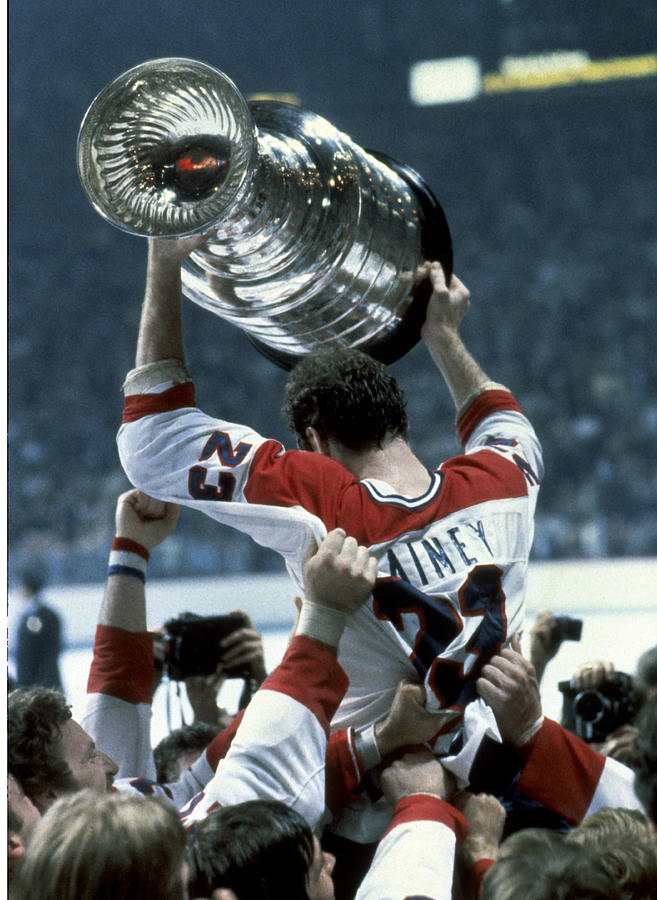 MONTREAL - MAY 21: Bob Gainey #23 of the Montreal Canadiens is held aloft by his teammates as he raises the Stanley Cup in victory after his team defeated the New York Rangers in the final game of the series on May 21, 1979 at the Montreal Forum in Montreal, Quebec, Canada. (Photo by Bruce Bennett Studios/Getty Images)