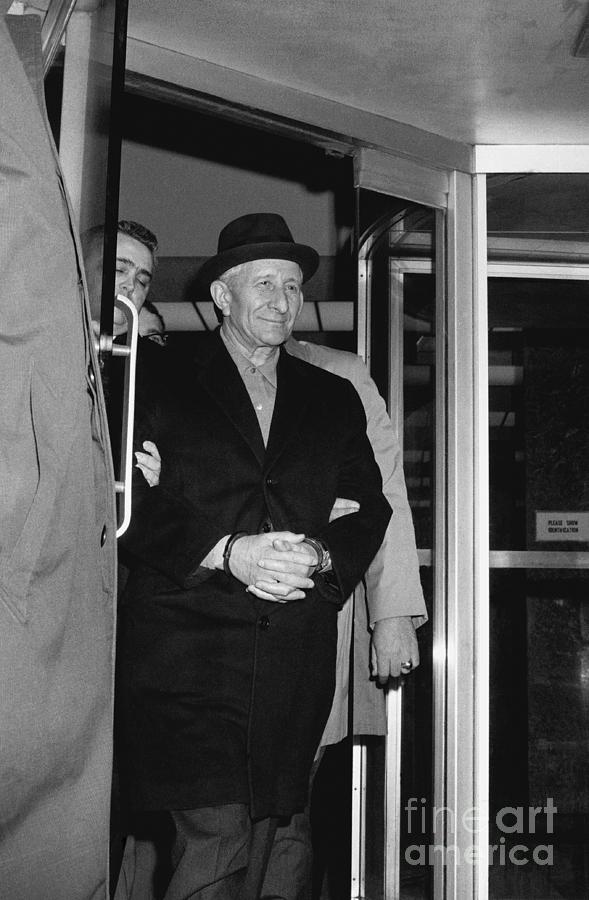 (Original Caption) March 3, 1970-New York: Flanked by FBI agents, Carlo Gambino, 67, reputed to be the Maria's "Boss of all Bosses," is led from FBI headquarters here March 23rd after he was arrested for plotting to rob the crew of an armored car containing $6 million. The robbery never took place, a spokesman said. No other details, except for the owner of the truck--U.S. Trucking C.--were released. Gambino, the FBI said, is one of the most powerful Mafioso in the U.S.