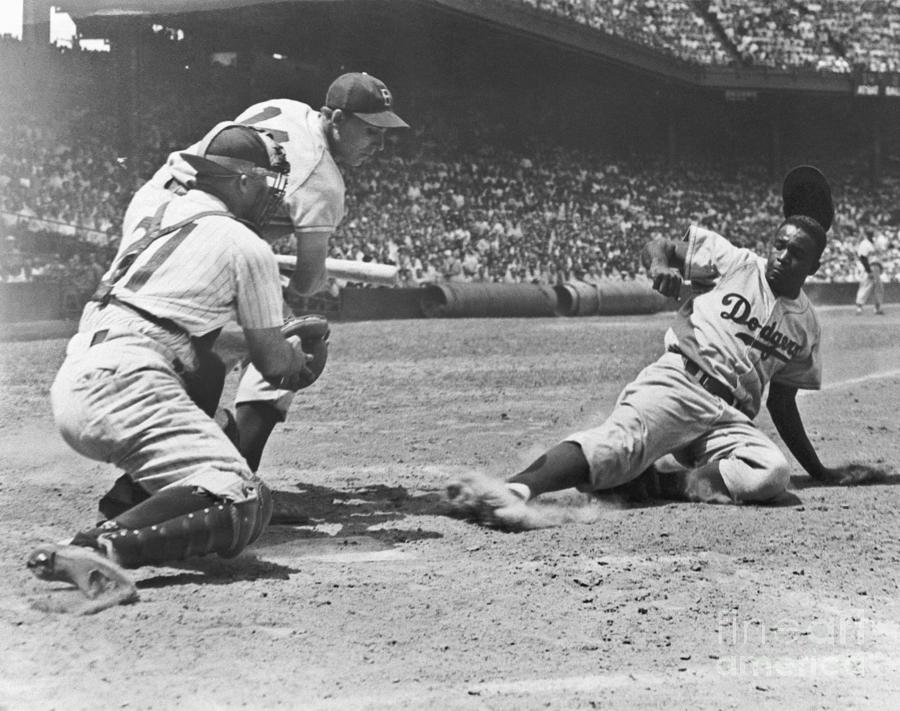 (Original Caption) Jackie Robinson, of the Brooklyn Dodgers, slides home on a steal in the fourth inning of the first game of a double header with the Phillies July 2. Catcher Andy Seminick waits for the throw as Gil Hodges, at bat, steps aside. It was Robinson's first steal of home this season. Phillies took the first game 6-4, and were forced to accept a draw in the second, 8-8.