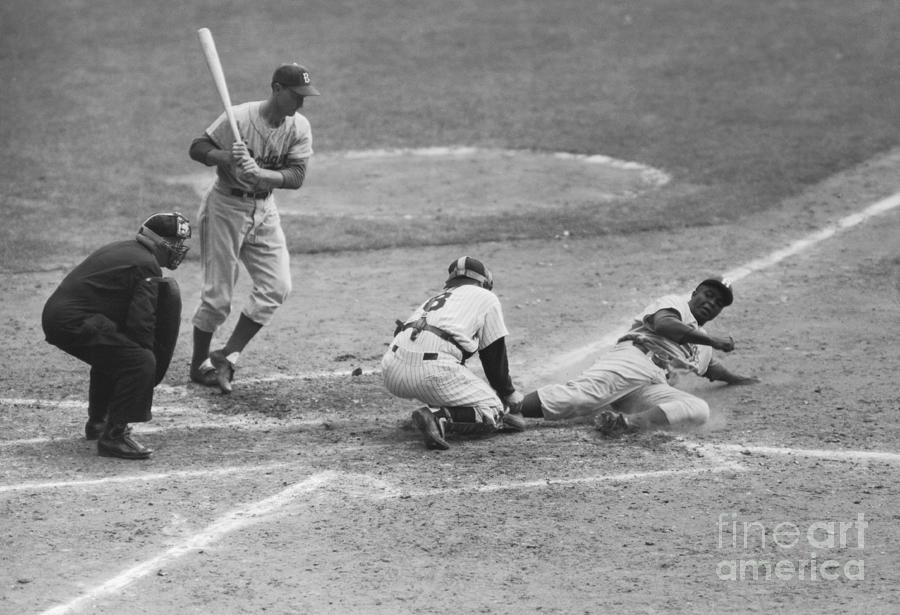 (Original Caption) Jackie Robinson of the Dodgers slides home safely on his steal in the eighth inning of this series opener at Yankee Stadium. This was the play that touched off a heated hassle when Yankee catcher Yogi Berra put the tag on Robinson, before the latter's play to the plate. Umpire Ron Summers, who called the play, said his decision prevailed. The Yanks nevertheless won with 6-5.