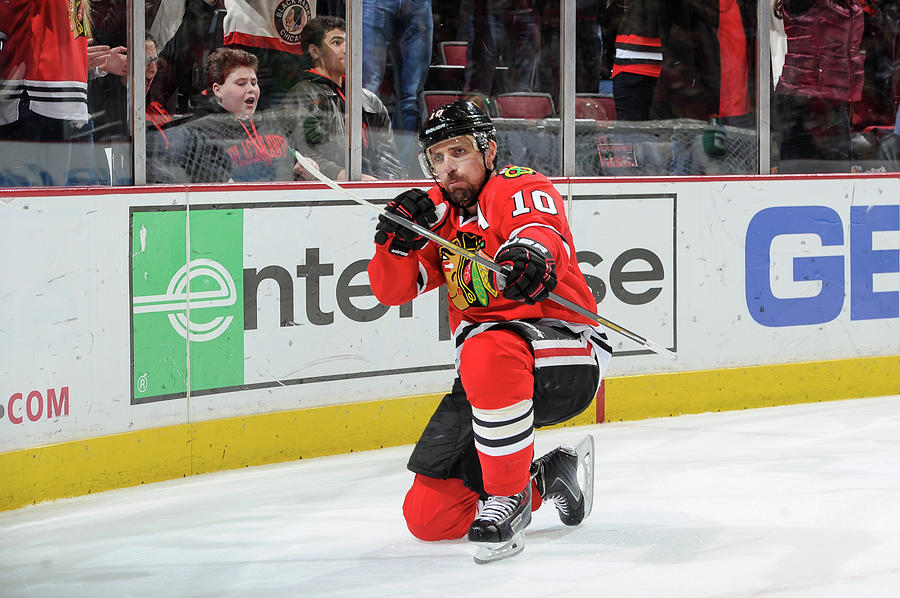 CHICAGO, IL - JANUARY 04: Patrick Sharp #10 of the Chicago Blackhawks reacts after scoring the game winning goal in overtime against the Dallas Stars during the NHL game at the United Center on January 4, 2015 in Chicago, Illinois. (Photo by Bill Smith/NHLI via Getty Images)