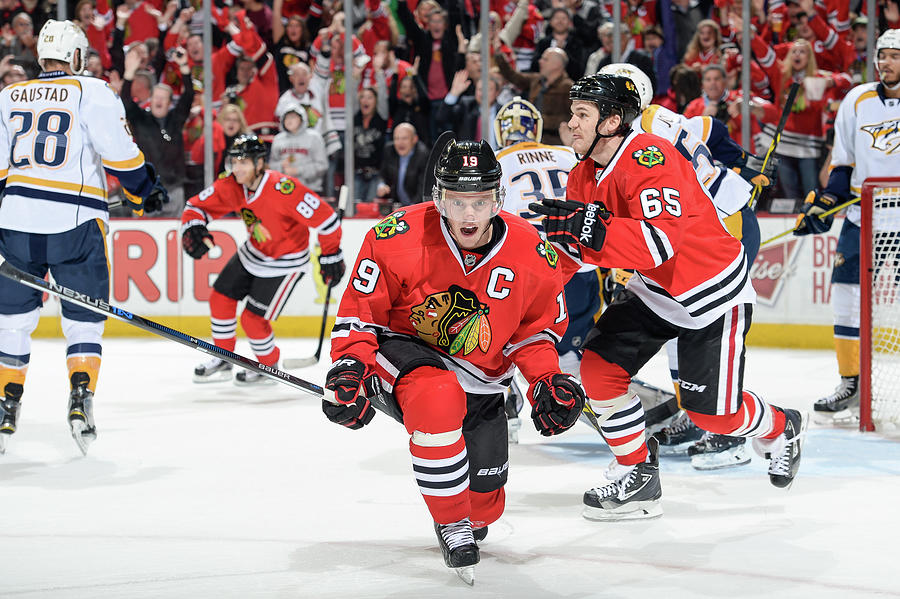 CHICAGO, IL - APRIL 25: Jonathan Toews #19 of the Chicago Blackhawks reacts in front of Andrew Shaw #65 after scoring against the Nashville Predators in the first period in Game Six of the Western Conference Quarterfinals during the 2015 NHL Stanley Cup Playoffs at the United Center on April 25, 2015 in Chicago, Illinois. (Photo by Bill Smith/NHLI via Getty Images)