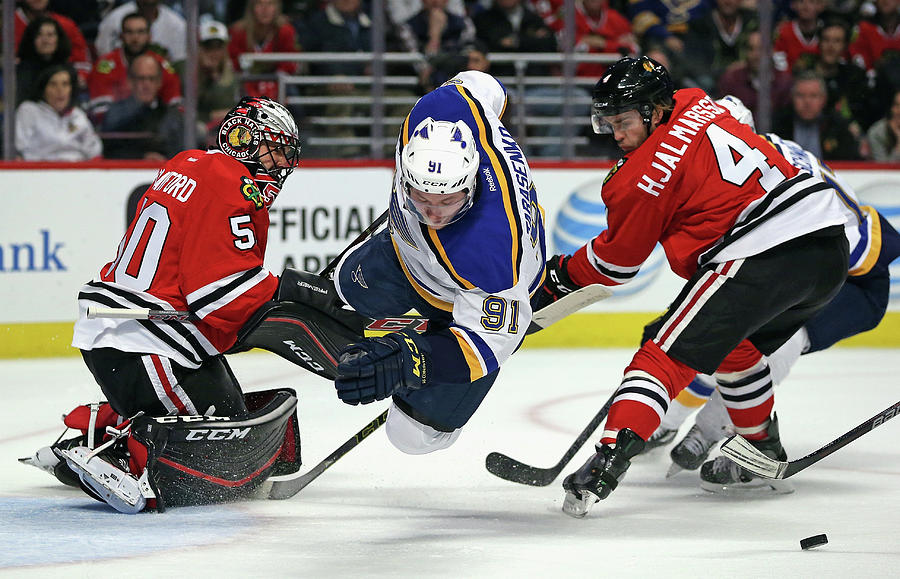 CHICAGO, IL - APRIL 19: Vladimir Tarasenko #91 of the St. Louis Blues goes airborne trying to get off a shot between Corey Crawford #50 and Niklas Hjalmarsson #4 of the Chicago Blackhawks in Game Four of the Western Conference First Round during the 2016 NHL Stanley Cup Playoffs at the United Center on April 19, 2016 in Chicago, Illinois. (Photo by Jonathan Daniel/Getty Images)