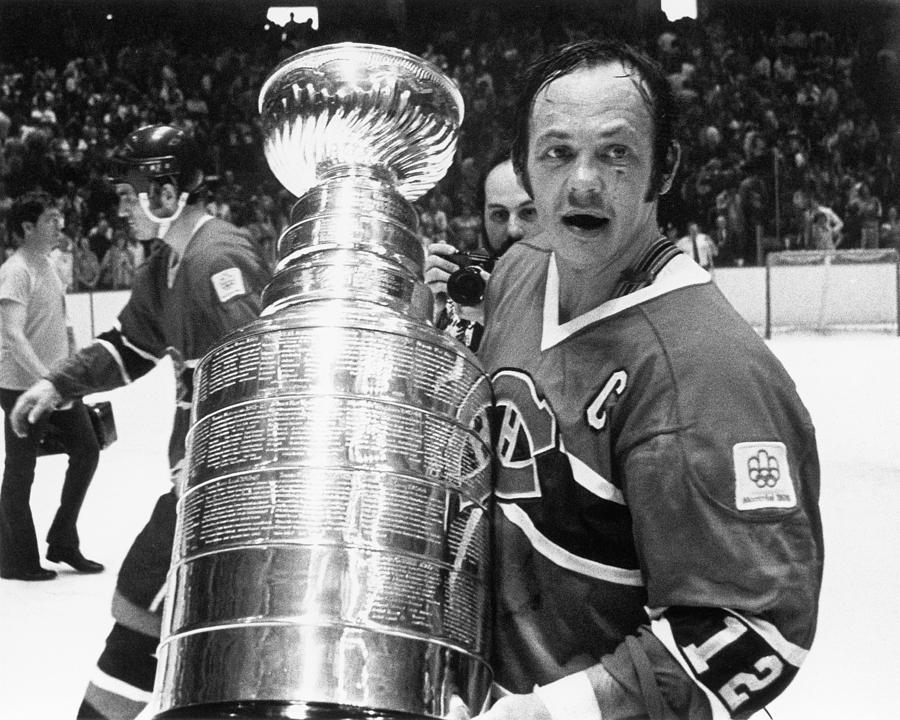 PHILADELPHIA, PA - MAY 16: Yvan Cournoyer #12 of the Montreal Canadiens poses for a photo with the Stanley Cup Trophy after winning Game 4 of the 1976 Stanley Cup Finals against the Philadelphia Flyers at the Spectrum on May 16, 1976 in Philadelphia, Pennsylvania. The Canadiens defeated the Flyers 5-3 to win the series 4-0. (Photo by Bruce Bennett Studios/Getty Images)