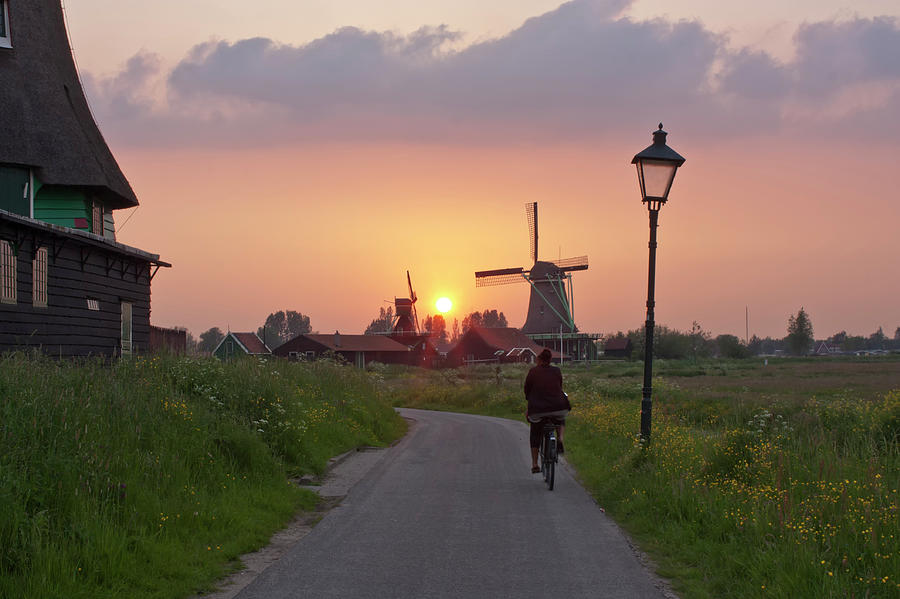 Zaanse Schans, Amerstand, Netherland, 04/20/2016: Traditional windmills at Zaanse Schans, Zaanstad, near Amsterdam, The Netherlands. Windmill 'De Kat' (in the foreground) was originally built in 1782. Since its restoration and partial rebuild in 1960 it has become the world's only paint-mill, fitted out to grind coloring materials.