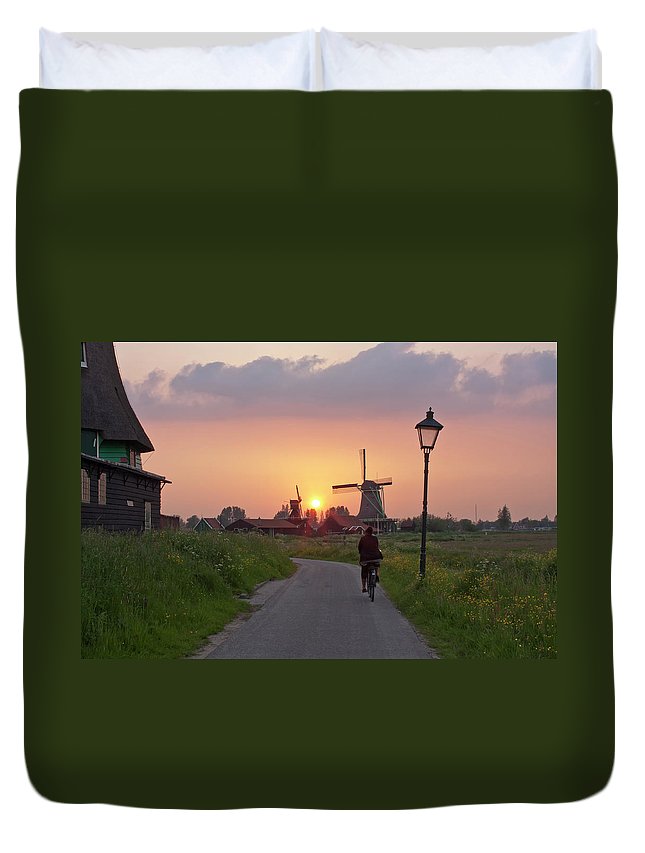 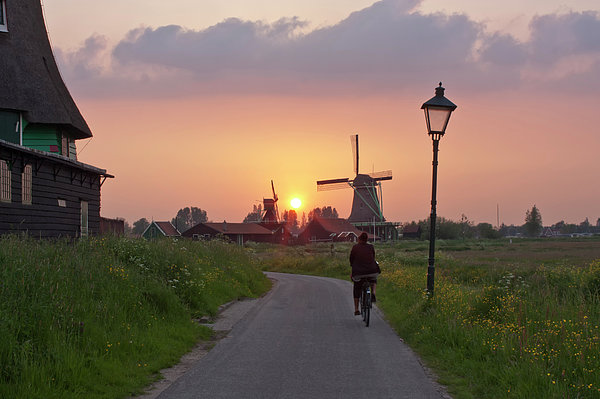 Queen duvet cover (88" x 88") featuring the image "Zaanse Schans Windmills" by Ivan. Our soft microfiber duvet covers are hand sewn and include a hidden zipper for easy washing and assembly. Your selected image is printed on the top surface with a soft white surface underneath. All duvet covers are machine washable with cold water and a mild detergent.

Zaanse Schans, Amerstand, Netherland, 04/20/2016: Traditional windmills at Zaanse Schans, Zaanstad, near Amsterdam, The Netherlands. Windmill 'De Kat' (in the foreground) was originally built in 1782. Since its restoration and partial rebuild in 1960 it has become the world's only paint-mill, fitted out to grind coloring materials.Image provided by Getty Images.