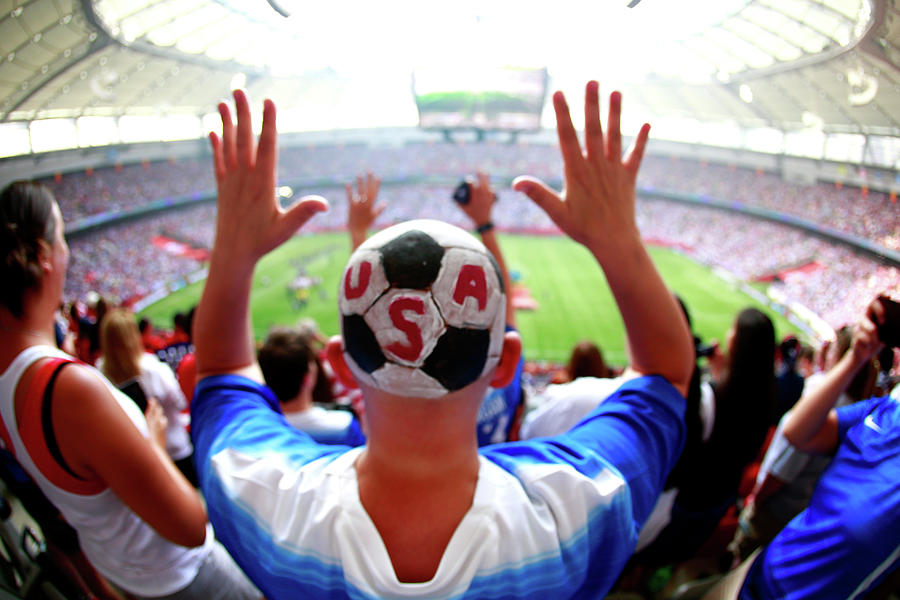 VANCOUVER, BC - JULY 05: A fan of the United States is seen as the the United States takes on Japan in the FIFA Women's World Cup Canada 2015 Final at BC Place Stadium on July 5, 2015 in Vancouver, Canada. (Photo by Jeff Vinnick/Getty Images)