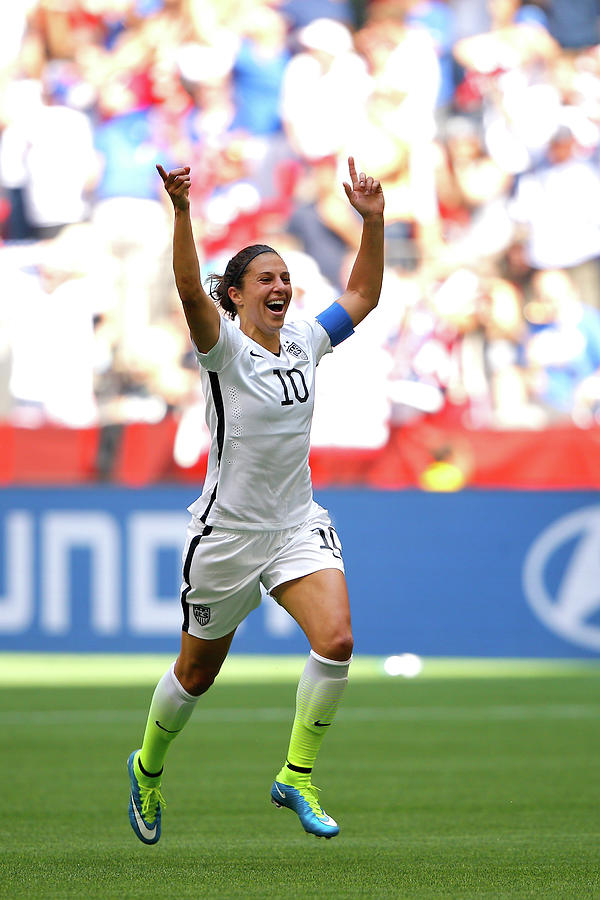 VANCOUVER, BC - JULY 05: Carli Lloyd #10 of the United States reacts in the first half after scoring a goal against Japan in the FIFA Women's World Cup Canada 2015 Final at BC Place Stadium on July 5, 2015 in Vancouver, Canada. (Photo by Kevin C. Cox/Getty Images)