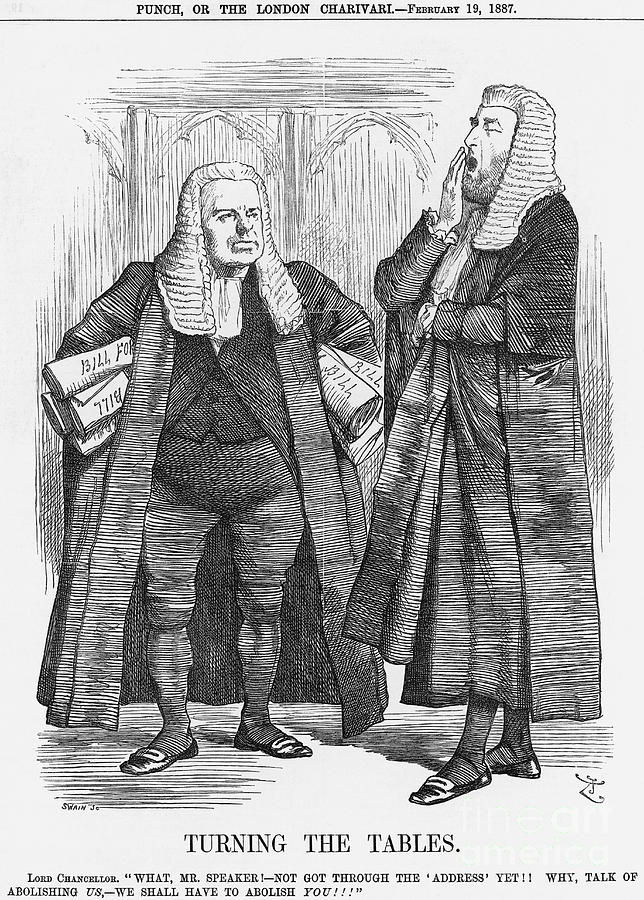 'Turning the Tables', 1887. The Lord Chancellor yawns as he queries why the House of Commons is not getting on with its business. If this goes on, he warns, then it will have to be the Commons that will be abolished. Mr Speaker is on the left with all the Bills for the coming session under his arm. This cartoon accompanies a poem of the same name that says that the practice of debating the opening address to Parliament takes up valuable time that could be spent debating the issues important to the country. So far, a whole week had gone by with no business started. There was an ongoing debate by a number of MPs to remodel the Upper House to allow for the introduction of a substantial number of life peers. From Punch, or the London Charivari, February 19, 1887. (Photo by The Cartoon Collector/Print Collector/Getty Images)