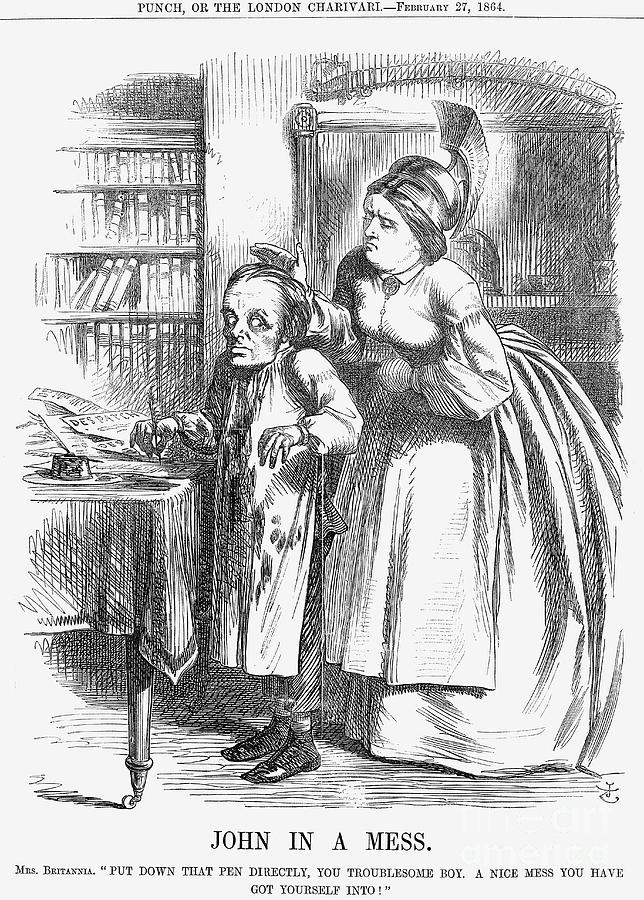 'John In A Mess', 1864. Britannia says: Put Down That Pen Directly, You Troublesome Boy. A Nice Mess You Have Got Yourself Into! At the time the very confusing Schleswig-Holstein issue came to prominence, Lord Russell was Foreign Secretary. He had made efforts to quieten the situation, but both he, and Palmerston, had little understanding of the changes that were starting to take place in Germany and Denmark and their mishandling of the whole diplomatic process attracted much criticism in the British press. Here, Mrs Britannia, housewife, scolds the child Russell for the mess he has created in her drawing-room. From Punch, or the London Charivari, February 27, 1864. (Photo by The Cartoon Collector/Print Collector/Getty Images)