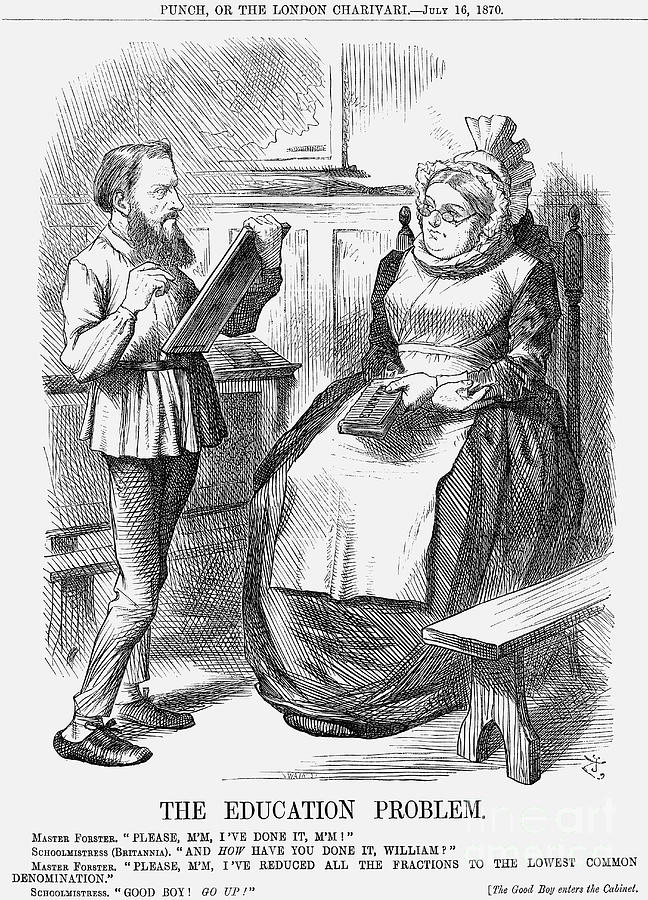 'The Education Problem', 1870. Forster, the 'schoolboy' on the left had earlier in the year introduced the governments Bill for Public Elementary Education in England and Wales. Here, he is seen showing Britannia, in the form of a matronly schoolmistress, that he has solved his problems. The problems were that all the different religious factions had been fighting about the management of the schools, the influence and control that different factions would be able to exercise, and the religious content of the curriculum. Eventually, an amendment stating that 'no religious catechism or religious formulary which is distinctive of any particular denomination shall be taught' was accepted and the Bill passed into law. From Punch, or the London Charivari, July 16, 1870. (Photo by The Cartoon Collector/Print Collector/Getty Images)