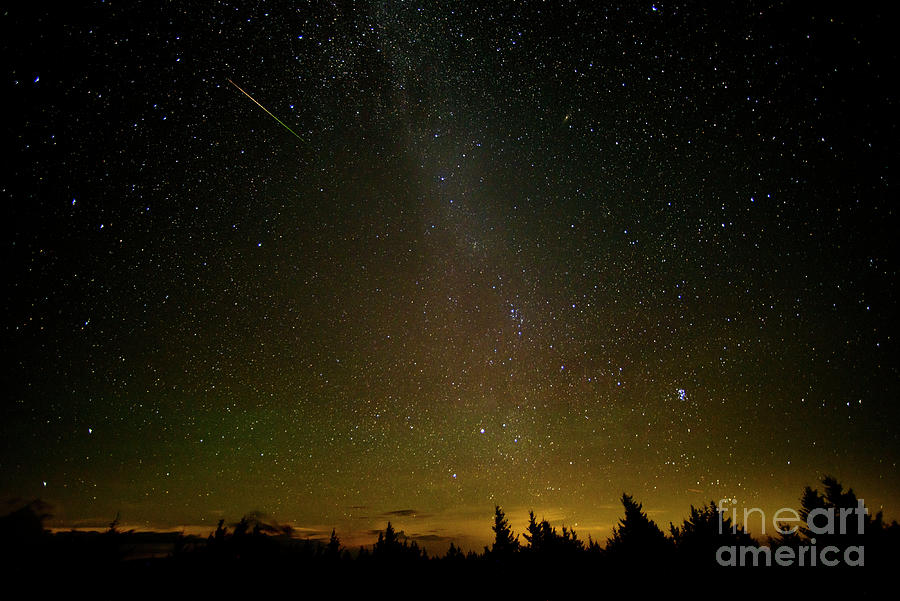 SPRUCE KNOB, WV - AUGUST 12: In this NASA handout, a 30 second exposure of a meteor streaks across the sky during the annual Perseid meteor shower August 12, 2016 in Spruce Knob, West Virginia. The annual display, known as the Perseid shower because the meteors appear to radiate from the constellation Perseus in the northeastern sky, is a result of Earth's orbit passing through debris from the comet Swift-Tuttle. (Photo by Bill Ingalls/NASA viaGetty Images)