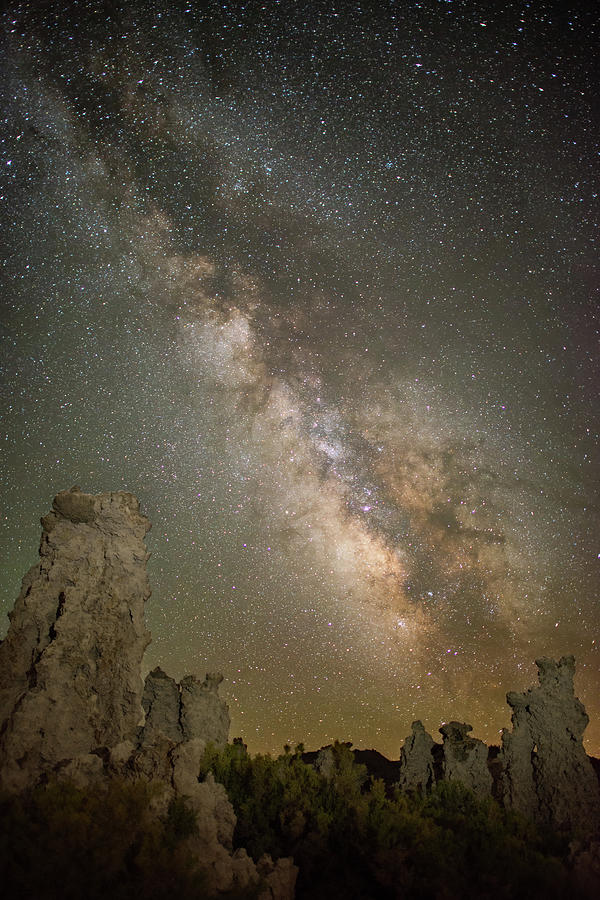 I spent a weekend in the Yosemite high country taking photos of the Milky Way, beautiful lakes, and meteor showers. During the day I explored Yosemite while at night I spent most of our time at Mono Lake. One evening, I noticed that the Milky Way was setting directly behind us at the lake, over a couple sets of Tufa's and I just had to turn around and photograph it. There wasn't enough moonlight to light up the Tufa's so I grabbed a couple flashlights and light painted the Tufa's. Tufa's are salt creations left behind as Mono Lake was drained for drinking water for the Southern California region. Conservation efforts are under way and the lake level is rising again, hiding some of the Tufa's that have recently been visible. We wanted to capture as many photos as we could before these are back underwater!