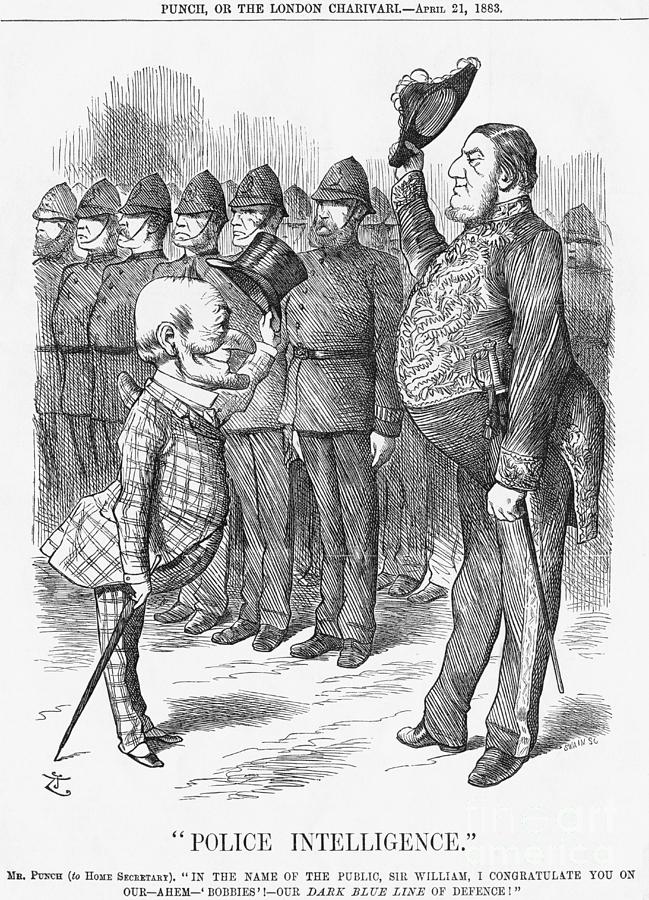 Police Intelligence, 1883. The Liberal Home Secretary, Sir William Harcourt, accepts Mr Punch's salute. In the background, a line of brave British policemen stand to attention. In April 1883, Sir William had introduced his Explosive Substances Bill following a recent attempt by Irish American activists to blow up The Times offices. By now there was round the clock security in place for many government figures, so the Bill went through virtually unopposed. In his speech, Sir William praised the courage and dedication of the police force. From Punch, or the London Charivari, April 21, 1883. (Photo by The Cartoon Collector/Print Collector/Getty Images)