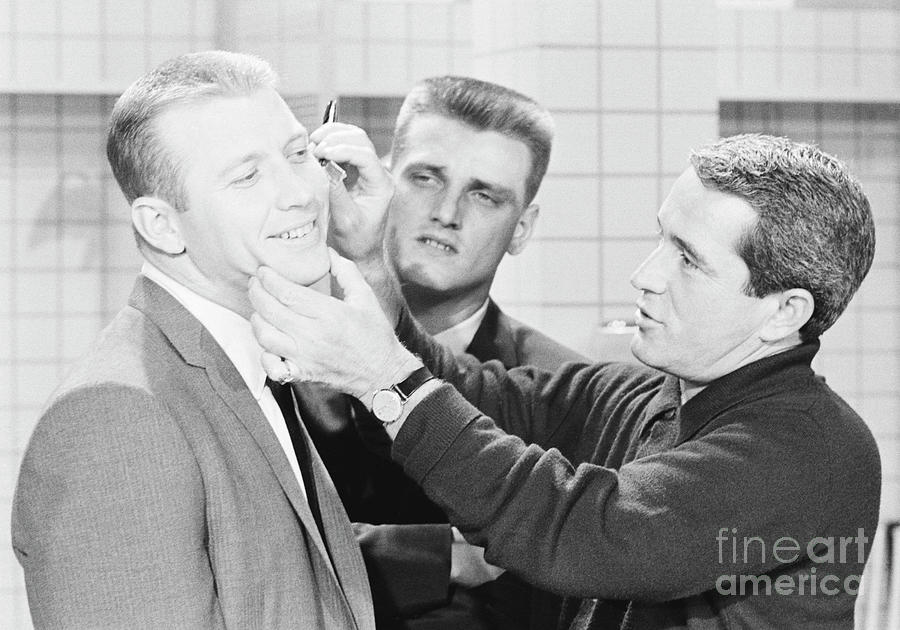 (Original Caption) 10/3/1961-New York, NY: It's a close shave for Mickey Mantle as singer Perry Como wields a straight razor and Roger Maris closely watches the touchy business, Oct. 2nd. The two Yankee aces were on hand for the taping of an NBC-TV show at the Ziegfeld Theatre here. The shaving scene was part of a commercial on the show which will be on the air Oct. 4.