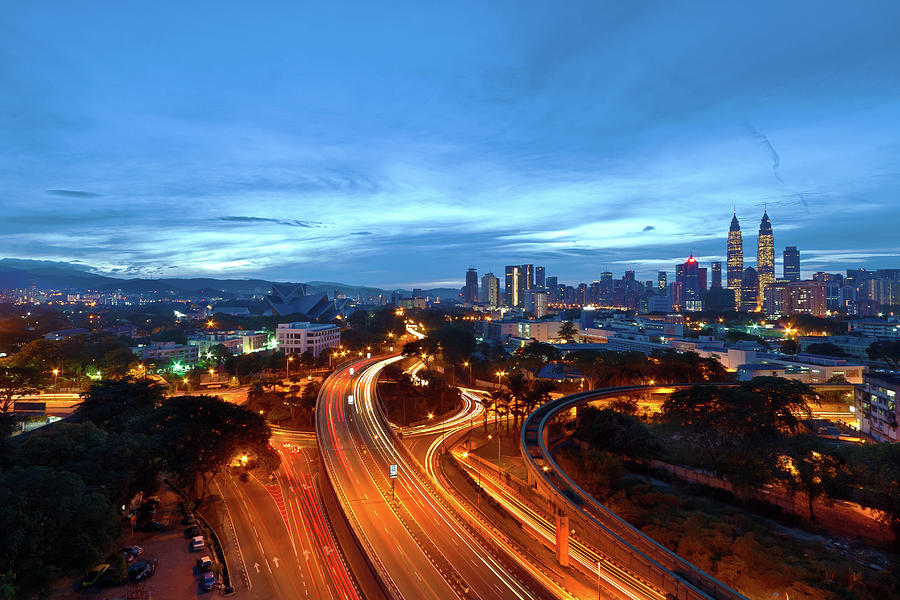 Pekeliling Flats or better known as Tunku Abdul Rahman Flats was the second high-rise apartment building in Kuala Lumpur, Malaysia after Suleiman Courts. They were built between 1964 and 1967. The 11 blocks of the flats (Block A, Block B (both demolished in 2006), Block C, Block D, Block E, Block F, Block G, Block H, Block J, Block K and Block L) were located on Jalan Pekeliling (now Jalan Tun Razak) and Jalan Pahang.Blocks A and B were demolished in mid-2006 to make way for a proposed luxury apartment development project. However, as of June 2011, the plot of land where Block A & B once stood remained empty and has turned into a 'mini jungle'.The remaining blocks (Blocks C - L) on the other side of the road was earmarked to be demolished later. The last family was evacuated to Setapak in 2008. However, as of January 2013, the blocks continues to stand, appearing as a sore thumb in the Kuala Lumpur skyline.source from Wikipedia, the free encyclopedia