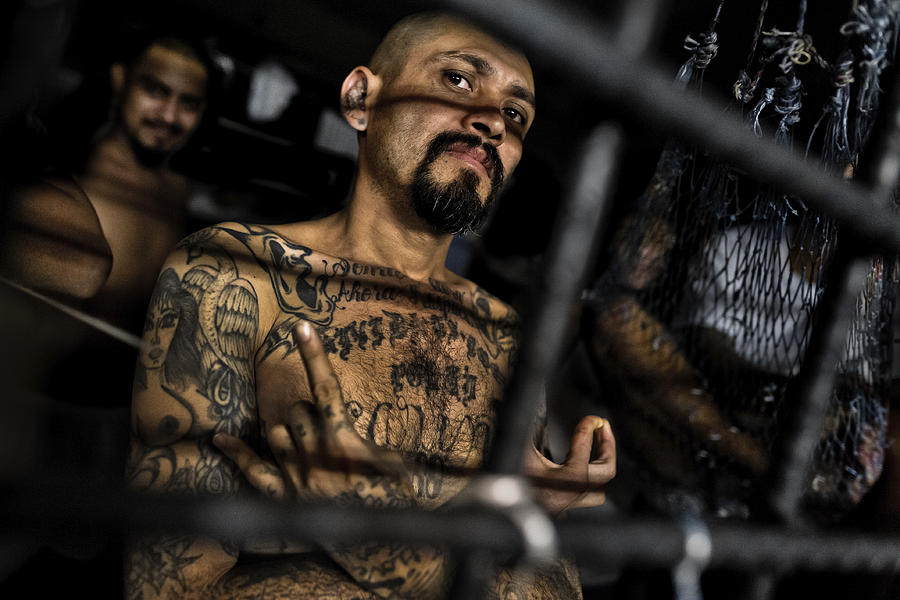 SAN SALVADOR, EL SALVADOR - FEBRUARY 20: A local leader of the Mara Salvatrucha gang (MS-13) shows a hand sign that represents his gang, in a cell at a detention center on February 20, 2014 in San Salvador, El Salvador. Although the country's two major gangs reached a truce in 2012, the police holding cells currently house more than 3000 inmates, five times the official capacity. Partly because Mara gang members did not break with their criminal activities, partly because Salvadorean police still applies a controversial anti-gang law which allows to detain almost anyone for suspicion of gang membership. Accused young men are held in police detention centers where up to 25 inmates may share a cell of five square metres. In the dark overcrowded cages, under harsh and life-threatening conditions, suspected gang members wait for trial or for to be transported to a regular prison. (Photo by Jan Sochor/LatinContent/Getty Images)