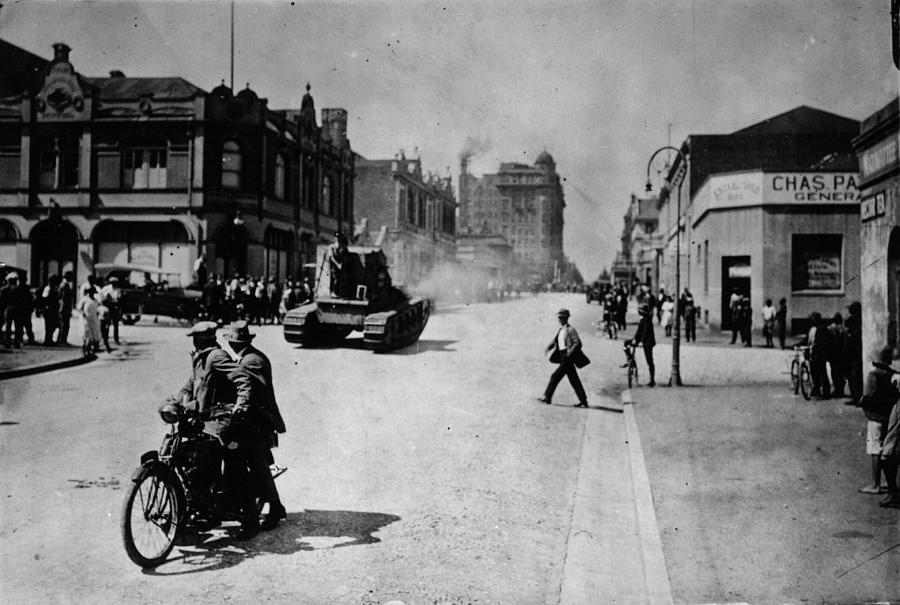 1925: The tank which played a prominent role in the Johannesburg rebellion, where union unrest erupted in the Rand Revolt, in which white workers, fearful of being replaced in the mines by lower-paid non-white workers, staged a bloody strike that was ended only by the intervention of government troops. The tank is seen passing Corner House, the Head Office of the Chamber of Mines and the Johannesburg Consolidated Investment Corporation. (Photo by Topical Press Agency/Getty Images)