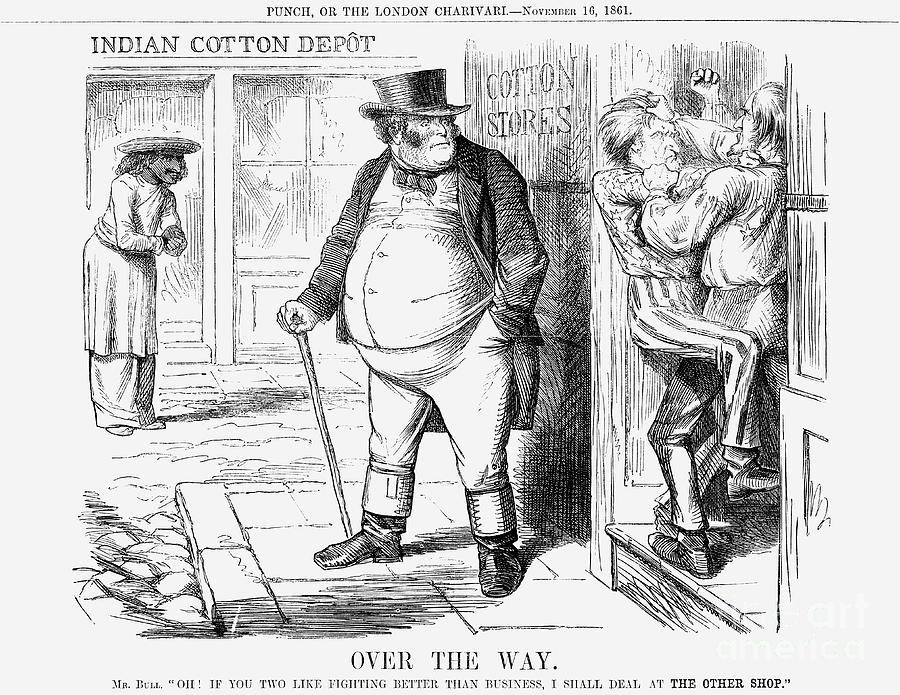 'Over the Way', 1861. At the time the American Civil War began, Britain imported the bulk of its cotton from the United States. President Lincoln's blockade of the Southern ports caused Britain to suffer a 'cotton famine' which caused great distress to the workers in the mill towns of Lancashire. By early 1862, some quarter of a million workers in Lancashire were out of work and fresh sources of cotton, mainly from India, were sought. Here we see Presidents Lincoln and Davis fightin in their shop doorway and John Bull impatiently tells them that he will go over the road to the Indian supplier instead. From Punch, or the London Charivari, November 16, 1861. (Photo by The Cartoon Collector/Print Collector/Getty Images)