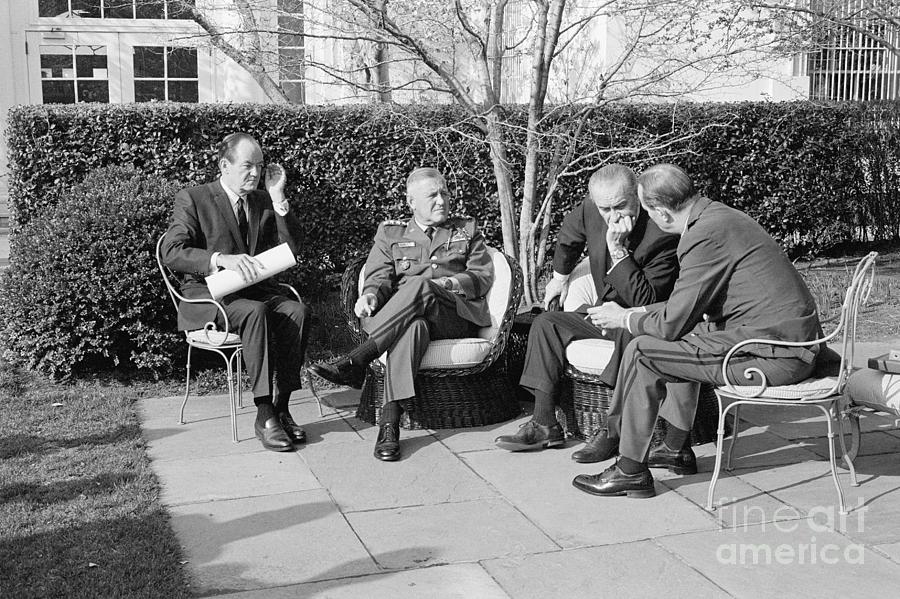 (Original Caption) 3/27/1968-Washington, D.C.: Shown here engaged in conversation in the White House garden are (L to R): Vice President Hubert Humphrey, General Creighton W. Abrams, President Johnson, and General Earle Wheeler, chairman of the Joint Chiefs of Staff. Abrams is deputy to General William C. Westmoreland, the American commander in Vietnam, and is considered the most likely to replace him when Westmoreland becomes the Army Chief of Staff. He is meeting with officials in preparation for his departure to South Vietnam.