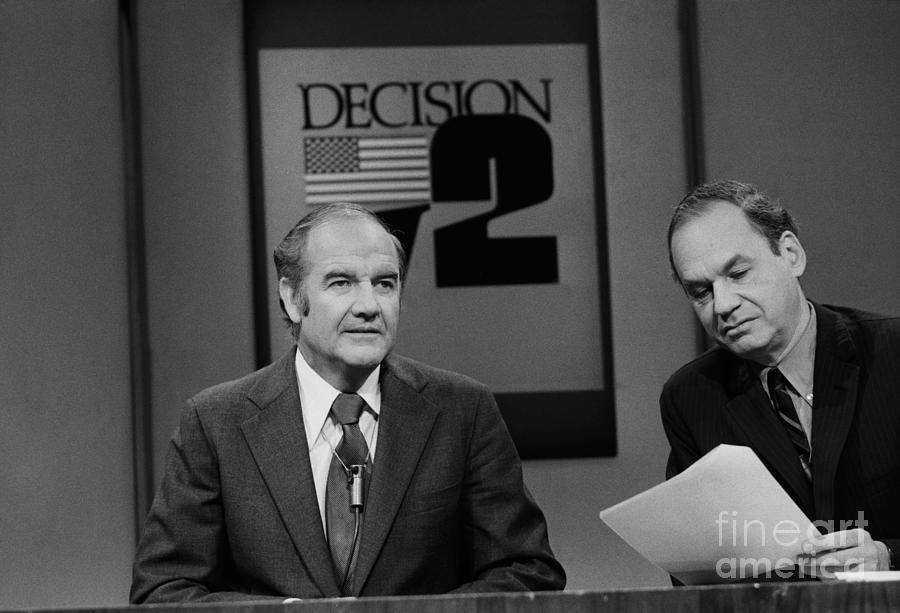 (Original Caption) 8/30/1972, New York: Sen. George McGovern, acknowledging he had begun an all-out campaign to broaden the base of his support, defended former Pres. Lyndon Johnson on the Vietnam War August 30 and called for political asylum in the US for South Vietnamese Pres. Nguyen Van Thieu. He made the remarks after appearing on NBC's "Today" show. He is shown on the program.