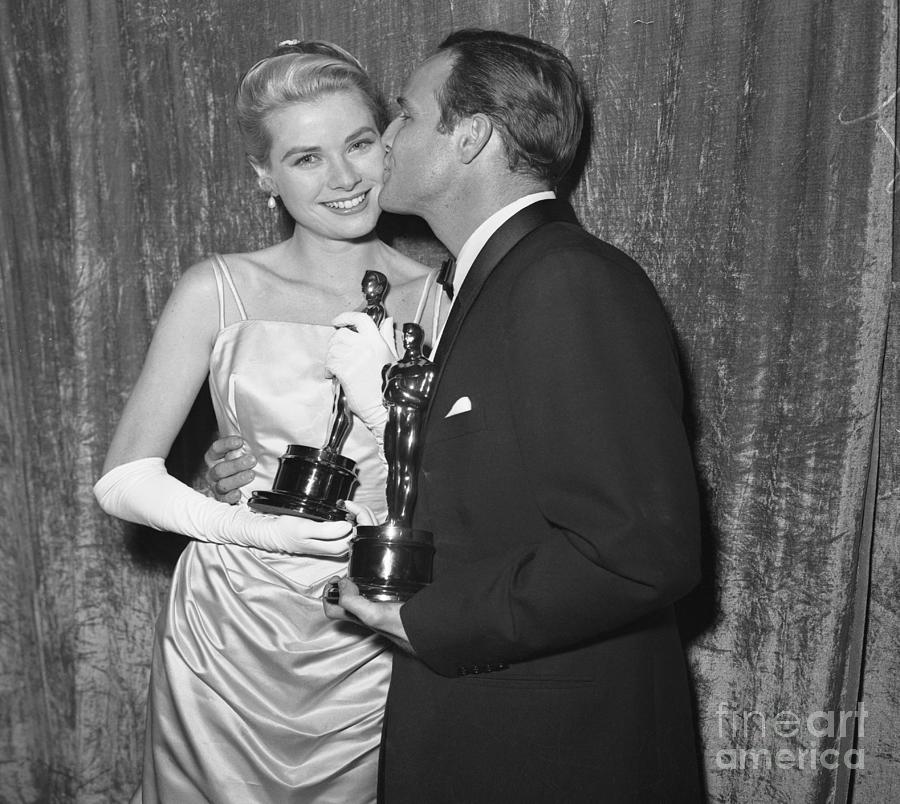 (Original Caption) Actress Grace Kelly holding her Oscar after she was honored as the "Best Actress" of 1954 at the 27th Academy Awards. She won the prize for her role in The Country Girl. Oscar-winner Kelly is kissed by Oscar winner Marlon Brando, he got an Oscar as the "Best Actor" for his role in On The Waterfront.