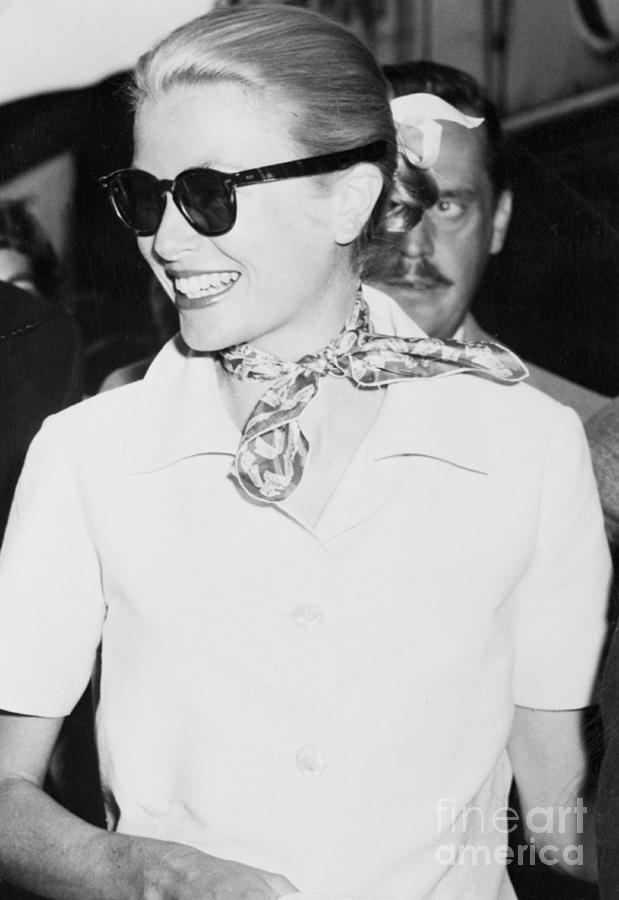 (Original Caption) 9/5/56-Paris, France: Princess Grace of Monaco, the former Grace Kelly of Philadelphia and Hollywood, smiles radiantly in this closeup made in Paris shortly after she and her husband, Prince Rainier III, arrived on the first leg of their journey to the U.S. The royal couple will sail for New York Friday on the liner United States and return to Monaco early in November to await the arrival of thier child sometime in February. Princess Grace told newsmen that she is forsaking her film career to concentrate on being a wife and mother. Photo by Jose Berrueta