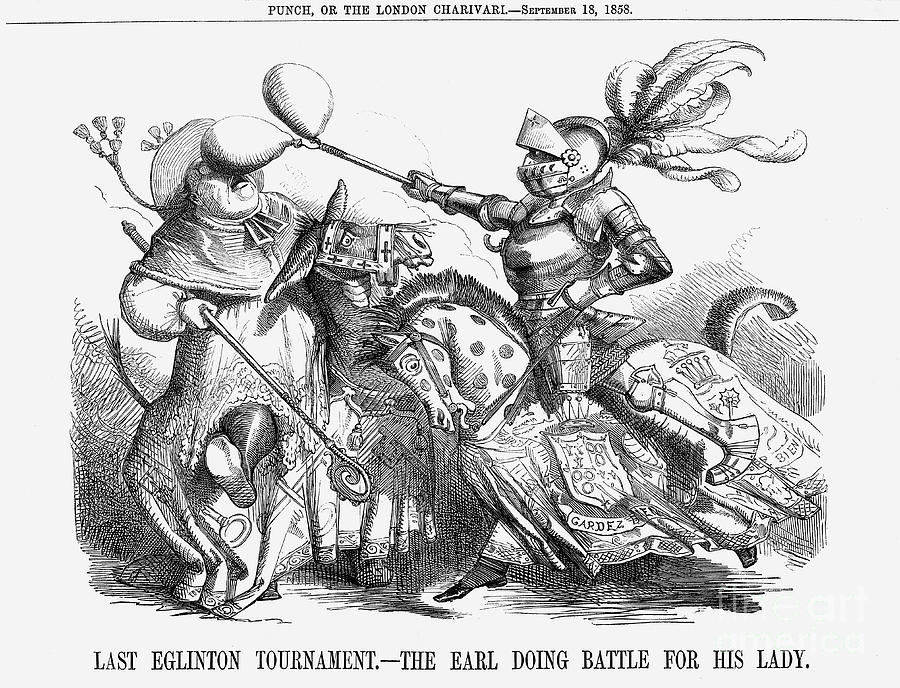 'Last Eglinton Tournament. - The Earl doing Battle for his Lady', 1858. Lord Eglinton, Lord Lieutenant of Ireland, is the knight in shining armour, and delivers a snub to a Cardinal of the Catholic Church. The Cardinal is seated on a rather small and worried-looking ass and is readily identifiable by the 'cross keys' symbol, as well as by his dress. The story goes that Lord Eglinton had heard that the Cardinal, attending a dinner, had proposed a toast to the sovereign. This turned out not to be Queen Victoria, but the Pope. When the Mayor of Dublin later proposed a banquet, not only did Eglinton not attend, but many of his friends stayed at home also to avoid dining with the Cardinal. Eglinton is shown in heraldic armour because, in 1839, he had staged a medieval tournament which, although it drew some 100,000 visitors, was subjected to both bad weather and inevitable derision. From Punch, or the London Charivari, September 18, 1858. (Photo by The Cartoon Collector/Print Collector/Getty Images)