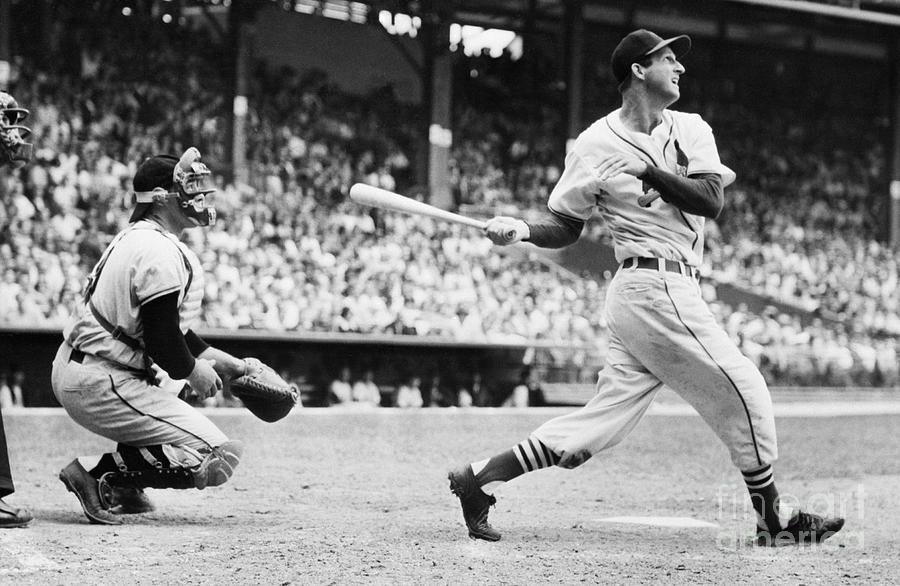 (Original Caption) 5/2/1954-St. Louis, MO: Stan "the man" Musial connects for his third, but not final, home run of the double-header in St. Louis, May 2nd. Stan rewrote the record book with five circuit clouts in the twin bill his Cardinals played against the NY Giants. The St. Louis slugger set an all-time mark for homers in a single day by belting three in the first game and two in the second. He sparked the Cards' 10-6 win in the opener, but couldn't stop the Giants in the second which New York took, 9-7. Giant catcher is Wes Westrum.