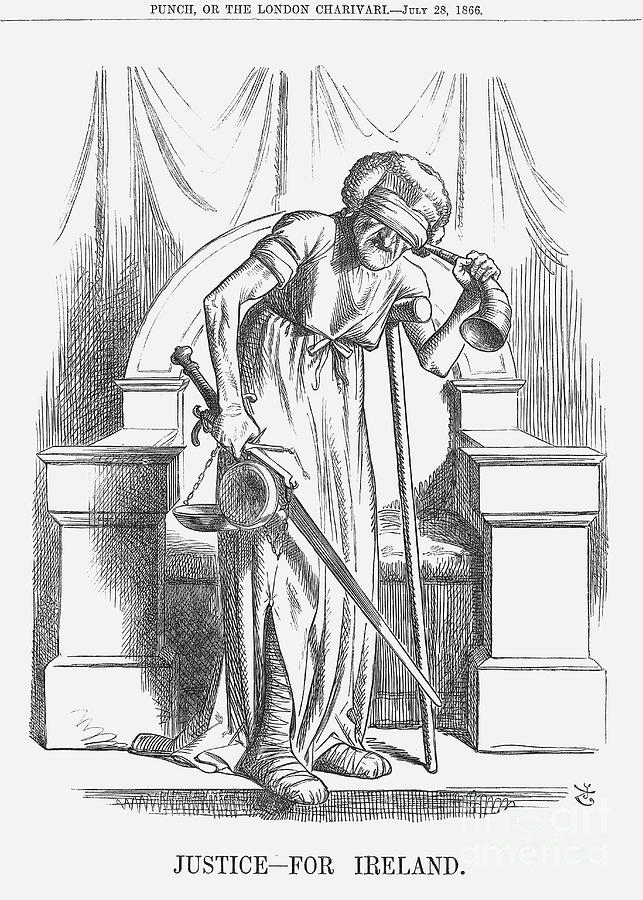 'Justice - For Ireland', 1866. Madame Justice is depicted here as blinded, deaf and lame. This cartoon is accompanied by a short poem entitled 'Justitia Moritura' in which the point is made that if Justice will not see, will not listen, and cannot move, then it is to all intents and purposes, dead. The poem and the cartoon were suggested by Irish legal appointments. From Punch, or the London Charivari, July 28, 1866. (Photo by The Cartoon Collector/Print Collector/Getty Images)