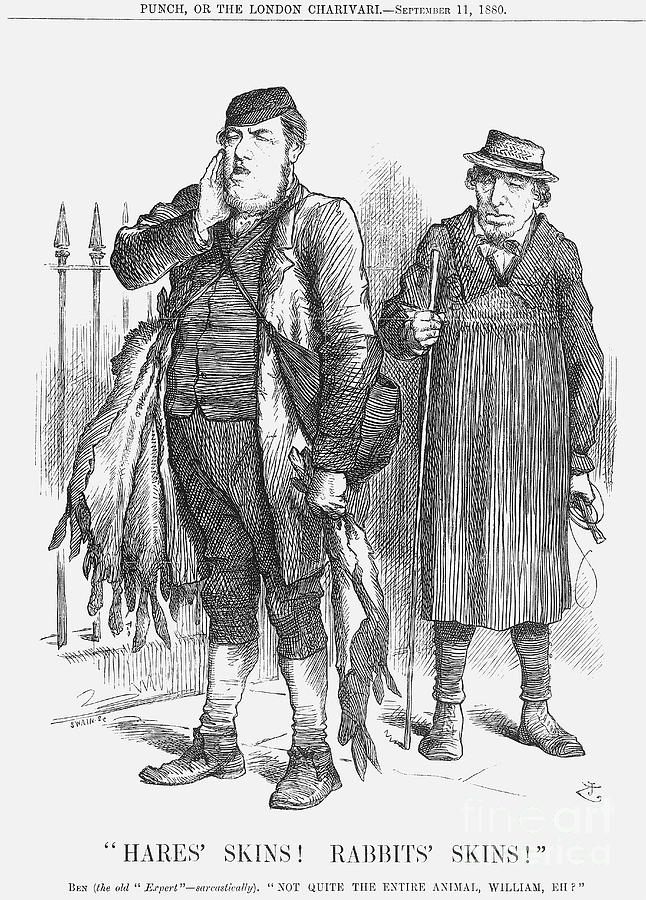 Hares' Skins! Rabbist's Skins!, 1880. Sir William Harcourt, the Liberal Home Secretary, is depicted trying to sell his hare and rabbit skins, whilst the former Prime Minister, the Earl of Beaconsfield looks sardonically on. This concerns the bill introduced by Sir William, the Ground Game Act. Having passed through the Commons, it went to the Lords where, on the advice of Lord Beaconsfield, it was passed, though with some amendment. From Punch, or the London Charivari, September 11, 1880. (Photo by The Cartoon Collector/Print Collector/Getty Images)