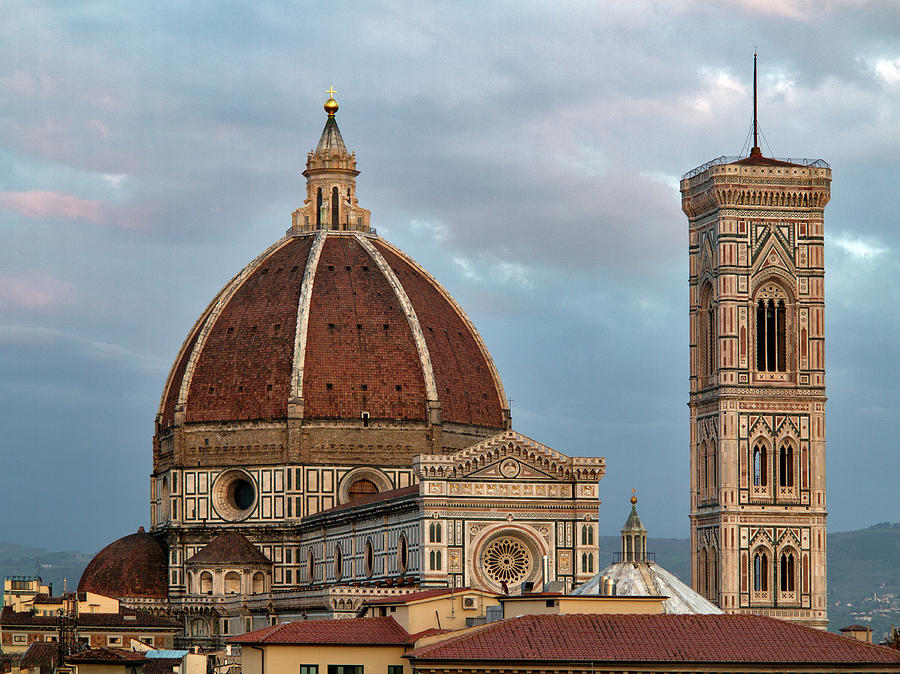 Duomo And Campanile From Nearby Street

Duomo And Campanile From Nearby Street

The Basilica di Santa Maria del Fiore is the main church of Florence, Italy. The Duomo, as it is ordinarily called, was begun in 1296 in the Gothic style to the design of Arnolfo di Cambio and completed structurally in 1436 with the dome engineered by Filippo Brunelleschi. The exterior of the basilica is faced with polychrome marble panels in various shades of green and pink bordered by white and has an elaborate 19th-century Gothic Revival facade by Emilio De Fabris.Florence is the capital city of the Italian region of Tuscany and of the province of Florence. It is the most populous city in Tuscany.Florence is famous for its history. A centre of medieval European trade and finance and one of the wealthiest cities of the time.Florence is considered the birthplace of the Renaissance, and has been called the Athens of the Middle Ages.A turbulent political history includes periods of rule by the powerful Medici family, and numerous religious and republican revolutions.