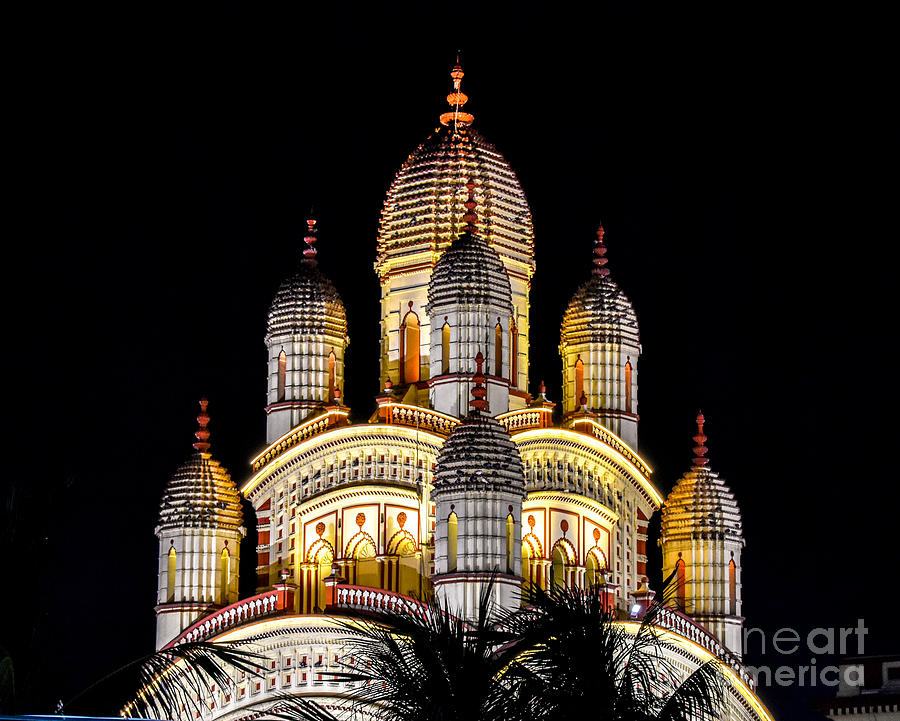 Dakshineswar Kali Temple is a Hindu temple located in Dakshineswar near Kolkata. Situated on the eastern bank of the Hooghly River, the presiding deity of the temple is Bhavatarini, an aspect of Kali, meaning, 'She who liberates Her devotees from the ocean of existence i.e. Saṃsāra'.The temple was built in 1855 by Rani Rashmoni, a philanthropist and a devotee of Kali. The temple is famous for its association with Ramakrishna, a mystic of 19th Century Bengal.