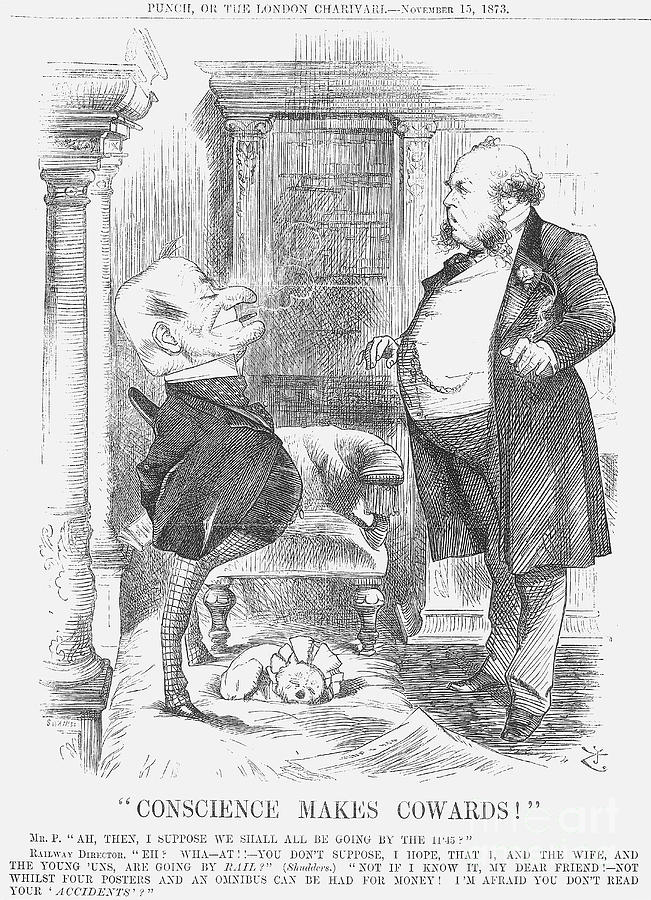 Conscience makes Cowards!, 1873. Mr Punch confronts a railway director. The director is emphatic that he would not imperil the lives of his wife, his children and himself on the trains whilst other modes of transport were available. The administration of the railways was unable to keep up with the increasing volume of traffic using the track infrastructure. Many major accidents had occurred and much of it was blamed upon the negligence of the Railway Companies, especially with regard to their neglect of the signalling failures that caused so many of the incidents. From Punch, or the London Charivari, November 15, 1873. (Photo by The Cartoon Collector/Print Collector/Getty Images)