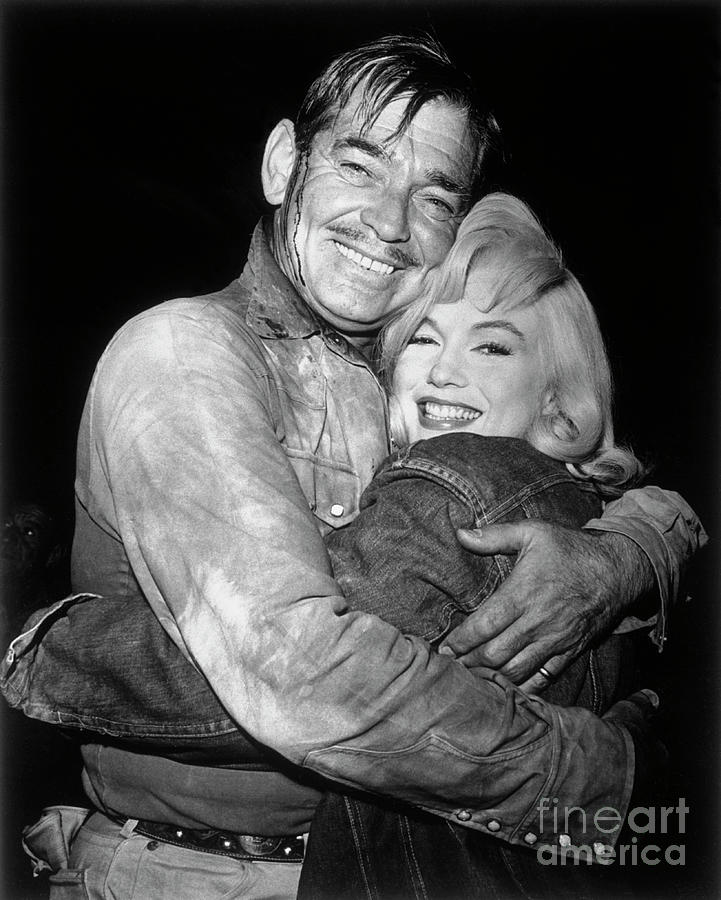 Marilyn Monroe and Clark Gable bid goodbye to each other as they completed filming of United Artists' The Misfits written by Marilyn's husband, Arthur Miller. The mark on Gable's cheek is makeup used to simulate blood for a movie scene. A few days later Gable suffered a coronary attack. It was announced Nov. 11, that Marilyn and her husband have separated and the actress would file for a divorce.