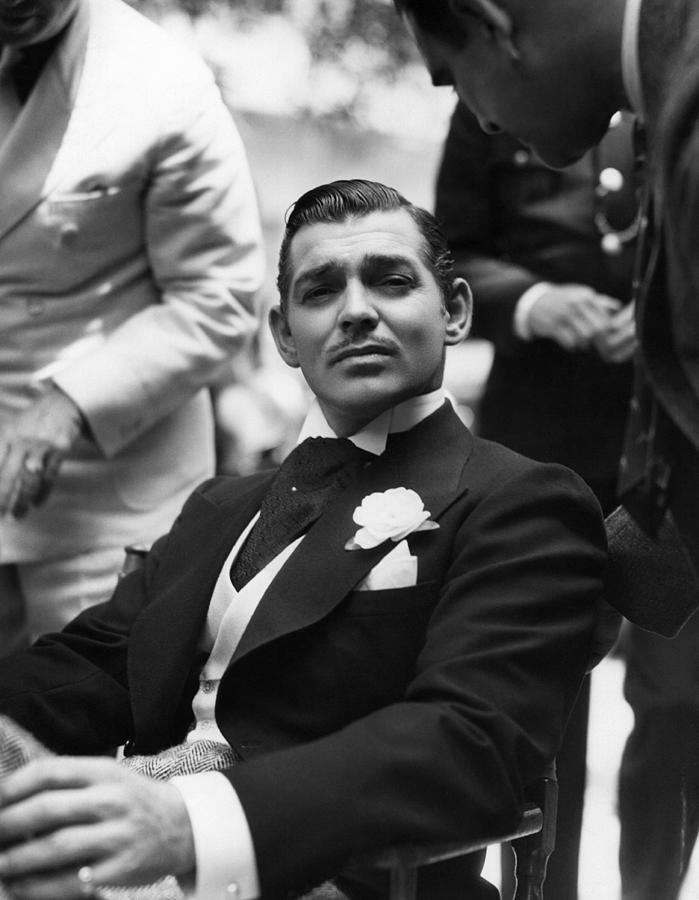 Clark Gable ( 1901 - 1960 ) the American leading man, known as 'The King Of Hollywood' is relaxing between scenes on the set of the film 'Love On The Run'. The movie was directed by W S Van Dyke for MGM. (Photo by Hulton Archive/Getty Images)