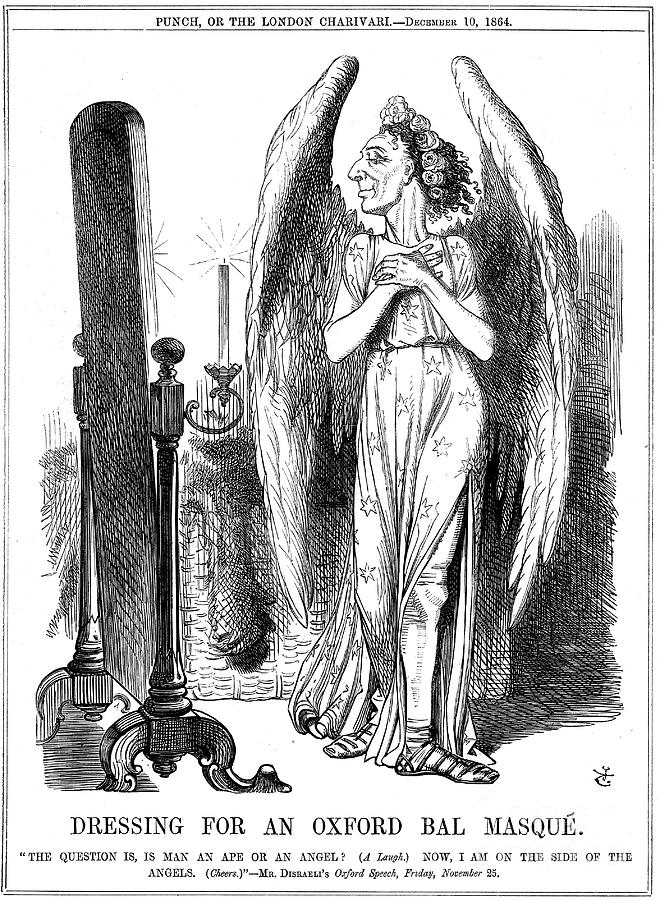 Benjamin Disraeli (1804-81) British Conservative statesman, cartoon from Punch, 1864. 'Now, I am on the side of the Angels'. John Tenniel cartoon from Punch, London, 10 December 1864, after Disraeli's speech to the Oxford Union during the debate on evolution. (Photo by Ann Ronan Pictures/Print Collector/Getty Images)