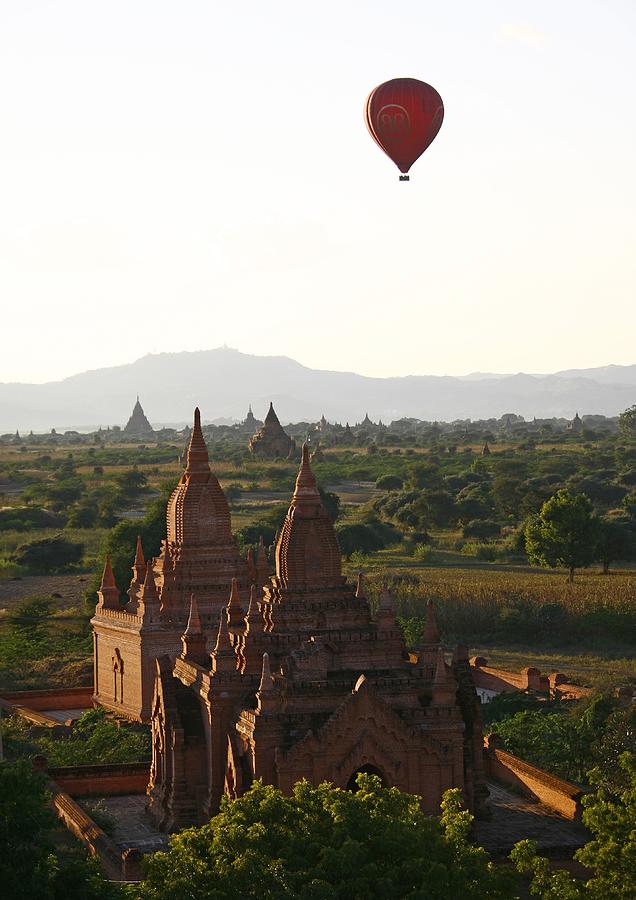 MYANMAR - DECEMBER 27: Bagan, Myanmar on December 27, 2005 - Bagan, bordering to the east bank of the mighty Ayeyarwady - Irrawaddy River, once was a splendid and glorious capital of the First Myanmar Empire. Bagan is now a 42 square kilometer area dotted with thousands of ancient pagodas, stupas, shrines, ordination halls and monuments. Bagan is one of the richest archaeological sites in Southeast Asia with more than 2000 monuments still standing and some 1000 in ruins. (Photo by Eric LAFFORGUE/Gamma-Rapho via Getty Images)