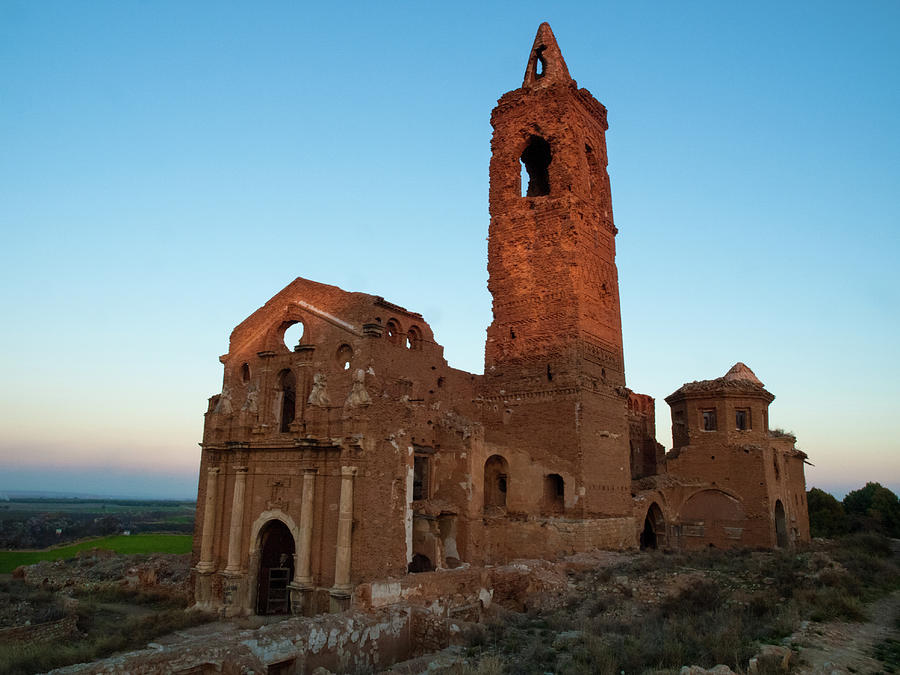 by By Paco Calvino (barcelona, Spain)

Church of San Martin de Tours, shot at sunsetBelchite is a village in the province of Zaragoza, Spain, about 40 km southeast of Zaragoza. Between August 24 and September 7, 1937, loyalist Spanish Republican and rebel General Franco's forces in the Spanish Civil War fought the Battle of Belchite in and around the town. The ruins remain as a memorial to the war