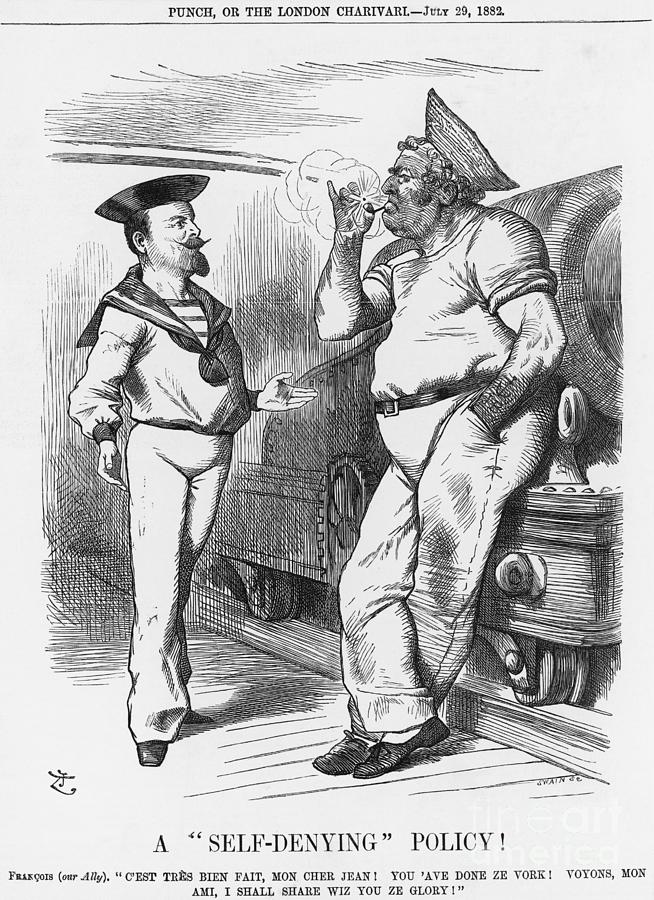 'A Self-Denying Policy!, 1882. The French sailor congratulates John Bull on a job well done, and proposes to share in the glory. The British fleet had just been involved in putting down an uprising in Egypt which had been led by Colonel Arabi. The protest had been against European involvement in Egyptian affairs. After riots in Alexandria in which some 2,000 Europeans died, the British launched their attack on the 11th July 1882. The French fleet, however, refused to cooperate with Britain, despite having formed a joint squadron with them. From Punch, or the London Charivari, July 29, 1882. (Photo by The Cartoon Collector/Print Collector/Getty Images)