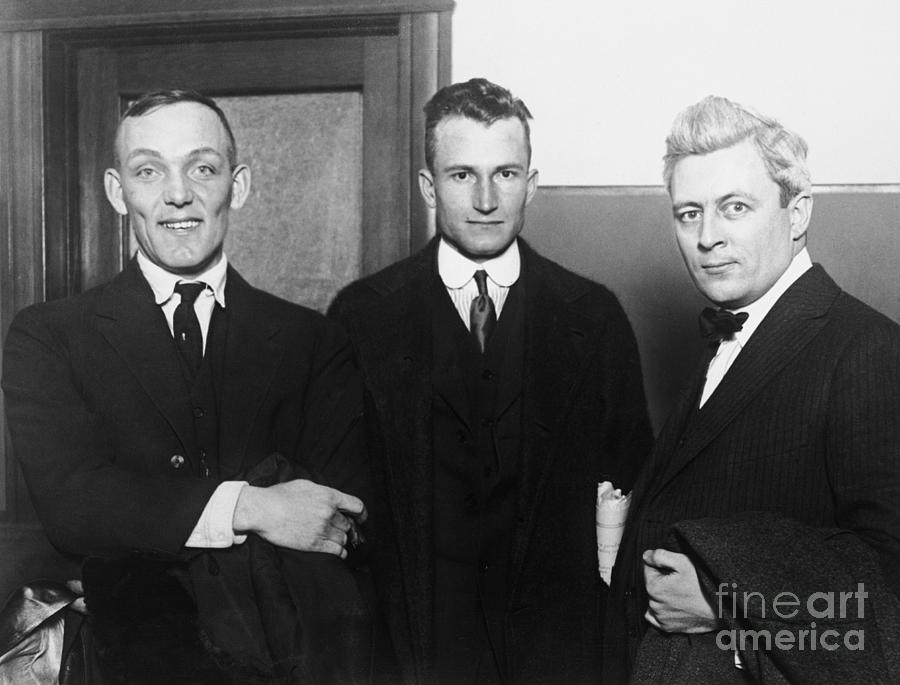 (Original Caption) November 7, 1920-Chicago, Illinois: George "Buck" Weaver (Left) and Fred McMullin (Center) indicted White Sox players, with their attorney Thomas D. Nash, photographed in Chicago. Weaver and McMullin both denied complicity in "throwing" the 1919 World Series and declared it was all a mistake. They are preparing to fight the indictment brought in by the Cook County Grand Jury.