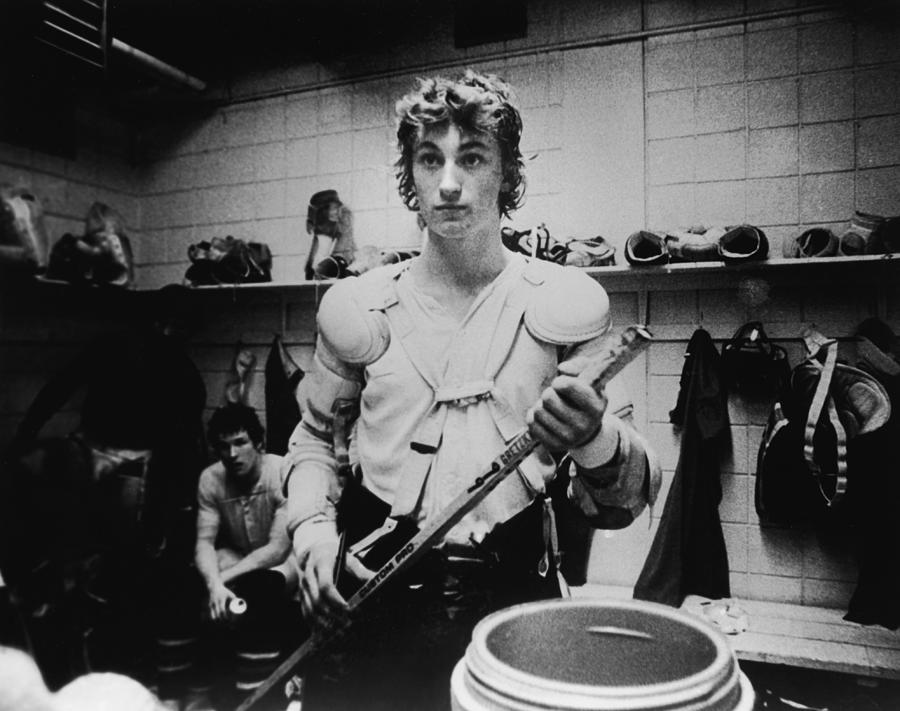 Canadian hockey plater and teenager Wayne Gretzky holds his stick in the locker room following his last game for the WHA's Edmonton Oilers, 1979. The Gretzky (and the Oilers) stayed in Edmonton when the team became part of the NHL later that year. (Photo by Bruce Bennett Studios/Getty Images)