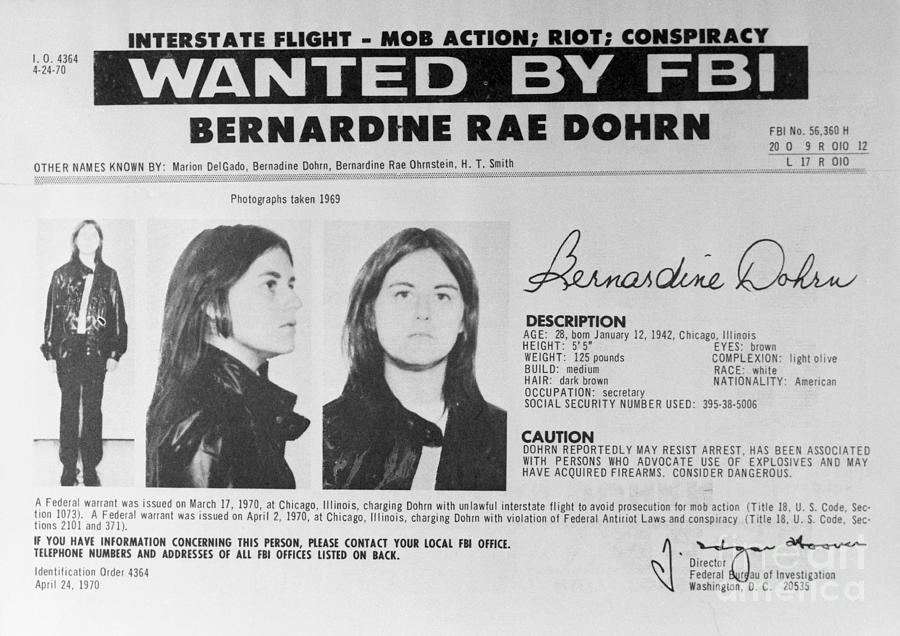 (Original Caption) Washington: Replacing one woman with another, the FBI, October 14, added to its 10 Most Wanted list of fugitives, Bernardine Rae Dohrn, (shown in FBI flier), a self-proclaimed Communist revolutionary who advocates widespread terrorist bombings. In putting her on the list in place of the captured Black militant, Angela Davis, the FBI described Miss Dohrn, 28, as a reputed underground leader of the "Violence-Oriented Weatherman Faction of Students for a Democratic Society".