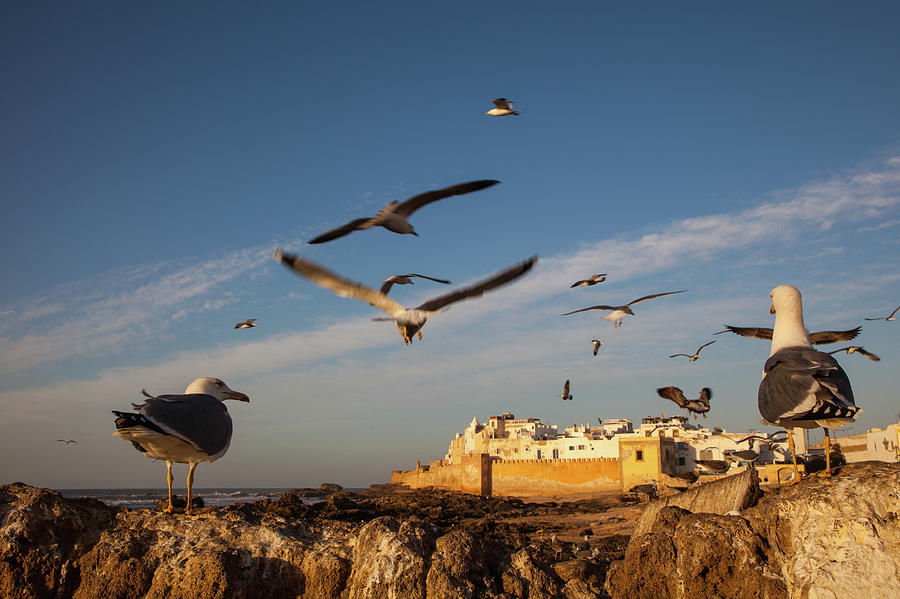 Sea gulls hover near the ramparts of Essaouira, Morocco. The old city is bathed in late day light just before sunset. The city's medina has been named a UNESCO World Heritage site. The city lies on the Atlantic coast of Morocco in northern Africa.