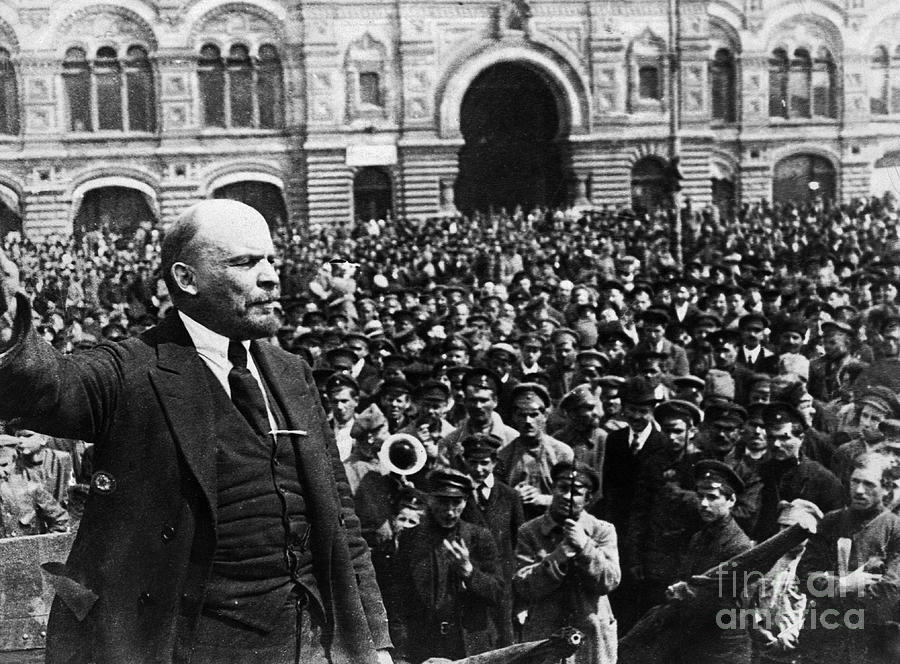 Russian communist revolutionary leader, Vladimir Lenin (1879 - 1924), giving a speech to Vsevobuch servicemen on the first anniversary of the foundation of the Soviet armed forces, Red Square, Moscow, 25th May 1919. This photo, brought from Russia by Dr. W.A. Wovschin, shows a view of a mass meeting, when the Soviet leader made a stirring appeal for the men to keep together for the glory and safety of Russia.