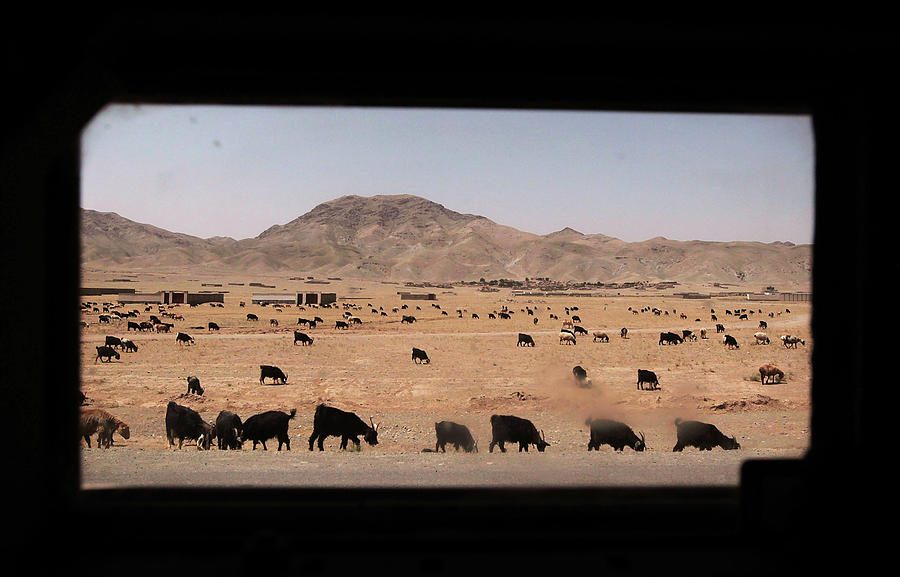 DEH MOGHOL, HERAT PROVINCE, AFGHANISTAN - JUNE 26: Goats and sheep graze in a field as seen through a window of a U.S. Army humvee June 26, 2010 in the village of Deh Moghol, Afghanistan. The 4th Brigage of the US Army's 82nd Airborne Division has been working for nearly a year in Herat province, a historic crossroads near the Iranian and Turkmenistan borders. (Photo by Chris Hondros/Getty Images)