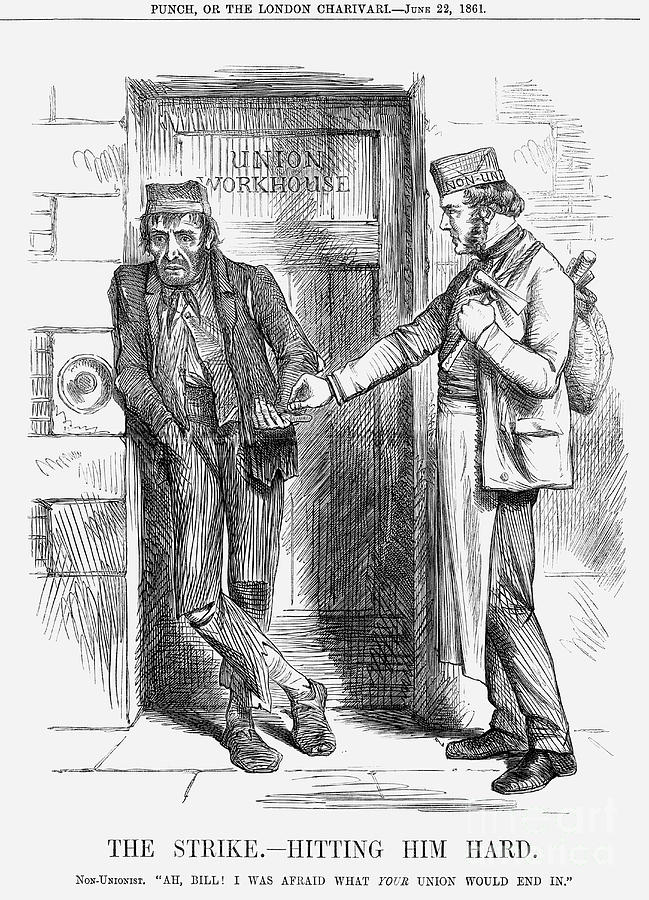 'The Strike - Hitting him Hard', 1861. Illustrating the plight of the worker committed to a union. The union man, involved in a strike over which he now has no control, has been made homeless and destitute. He is dirty, shabby and emaciated, in stark contrast to the non-union man who, clad in shining light coloured clothes, clean and clean-shaven, carries his bag of tools to work. He gives his fellow worker a coin which he has been able to earn in a further illustration of the perceived ills of being involved in union activity, remarking Ah, Bill! I was afraid what Your Union would end in. From Punch, or the London Charivari, June 22, 1861. (Photo by The Cartoon Collector/Print Collector/Getty Images)