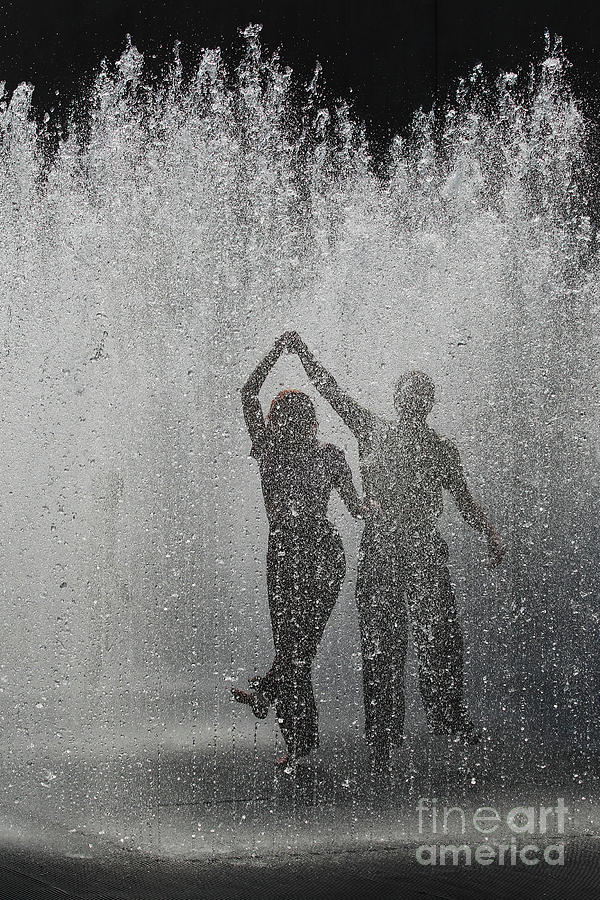 LONDON, ENGLAND - APRIL 21: Richard Seymour and Kitten Von Mew dance in a fountain entitled 'Appearing Rooms' by artist Jeppe Hein at the Southbank Centre on April 21, 2011 in London, England. The Southbank Centre is celebrating the 60th anniversary of the Festival of Britain with a roof-top garden, an urban beach, several art installations and a row of beach huts. The festival will officially open to the public from tomorrow and run until September 9, 2011. (Photo by Oli Scarff/Getty Images)